Hundreds of people made their way to the Minnesota State Capitol Wednesday to protest the Enbridge Energy Line 3 oil pipeline.

The St. Paul Police Department estimated there were approximately 700 protesters walking from the Martin Luther King Recreation Center to the Capitol, where the "Treaties Not Tar Sands" rally would take place.

Hundreds of people made their way to the Minnesota State Capitol Wednesday to protest the Enbridge Energy Line 3 oil pipeline.

Many protesters started their march well before arriving in St. Paul. On Aug. 7, a group of protesters led by the indigenous activist group "The Water Protectors," started their walk from the headwaters of the Mississippi River to the state Capitol for the rally. Following the rally, some protesters are planning to camp out on the Capitol lawn.

Protesters are calling on Gov. Tim Walz and President Joe Biden to stop construction on the Line 3 pipeline.

"What is wrong with the governor to let so many people get hurt for a Canadian corporation to make a profit in the middle of a climate crisis?" said Winona LaDuke, executive director of Honor the Earth. 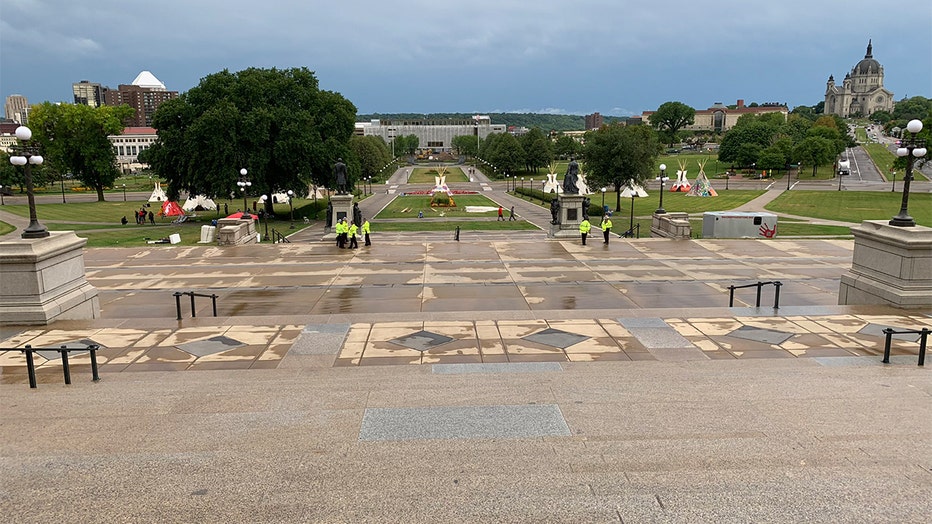 The Minnesota State Capitol ahead of Wednesday's rally. Some protesters are planning to camp on the Capitol grounds overnight to "hold space."  (FOX 9)

Native Americans and environmental groups have been protesting at construction sites across northern Minnesota trying to shut down the project. Recently, the Minnesota Pollution Control Agency announced it was investigating 28 releases of drilling fluid at river crossings along the pipeline project.

The Capitol rally comes one day after the Minnesota Supreme Court declined to hear an appeal by those trying to stop the controversial project. Tuesday’s ruling upholds a decision made by the state Court of Appeals back in June allowing the construction to continue.

Those in support of the pipeline have argued it is good for the economy and that it's far safer than the old pipeline it's replacing.

"We have watched all summer as groups that organized today’s event have brought fear and violence to construction sites across Minnesota to try bully others to get their way. It didn’t work," read a statement from Minnesotans for Line 3. "It’s time to stop the protests and accept the reality that Line 3 is being replaced to protect the environment and support our economy."

Ahead of Wednesday’s protest and other planned rallies, state law enforcement officials erected new fencing and barriers around the Capitol and closed the building to the public for the rest of the week. 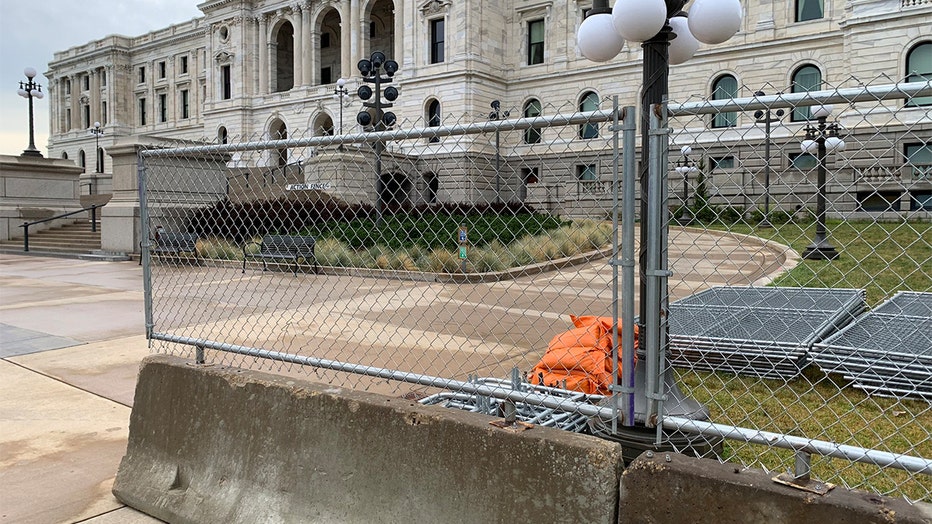 A new security fence has been installed around the Minnesota State Capitol ahead of planned protests and rallies this week.  (FOX 9)

Road blocks have also been set up around the Capitol complex and the State Patrol has increased their presence in the area.

Line 3 protesters called the increased security measures "another strident overreach, which is emblematic of the law enforcement overreach and abuse that Line 3 opponents have experienced in northern Minnesota during non-violent protests and acts of civil disobedience in 2021."