The commercials are quintessential 90s and for folks in Minnesota, they might take you back a little.

(FOX 9) - The commercials are quintessentially 90s and for folks in Minnesota, they might take you back a little.

"We were called waterbed room – Waterbed Room Man -- and I think there are probably some people who recognize that little Superman-type character," said HOM Furniture founder Wayne Johansen.

Wayne Johansen is the man who took a chance in the waterbed industry and then eventually turned his company into what we now know as HOM Furniture.

Every story of Wayne's is a good one, including how he stumbled into waterbeds in the first place. 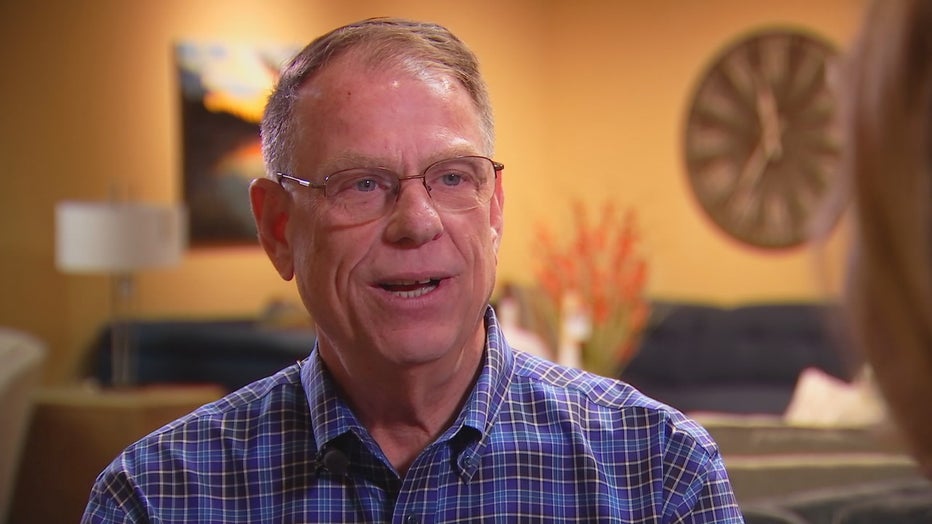 “We had a warehouse we shared with a gentleman and he was making waterbeds to put himself through college,” Wayne reminisced. “And he talked us into putting waterbeds in the back of our store and all the sudden the waterbeds were selling better than gifts."

Wayne was always selling something as a kid and then, right after high school, he joined his uncle in selling leather goods from Mexico.

"My uncle was a quadriplegic," Wayne explained. "He was hurt in a diving accident in Duluth."

And a lot of Wayne's work ethic came from Uncle Bill.

"He was in a wheelchair over 50 years and that was unheard of," said Wayne.

"He was just a very special person and i miss him to this day," he added.

Back then they would drive back and forth to Mexico and he put that effort into every company he's owned.

"What always made it work for us is that we always went to the source and bought our product from the source," he said.

HOM Furniture is now in five states with 20 store locations and Wayne is looking back at his accomplishments and also realizing it's time to step out.

"It went by so fast," he recalled. "To 2020 that's a lot of years. It's been fun. I want to take a step back, it's hard for me. I have a tendency to put my fingers in there and stir the pot a bit and people say, 'C'mon give us some room.' But I'm still active in some real estate stuff.”

Wayne's brother and another partner will stay on and continue the legacy. And there are also charitable causes that Wayne and HOM Furniture have long supported.

One of their biggest causes is Minnesota Adult and Teen Challenge for chronic addiction.

"He would give the shirt off his back; he loves people. He is humble and you would never know he's the CEO of a large company like he is."

And their heart will always be with teal strides for ovarian cancer, a disease that took the life of Wayne's mother.

Wayne has traveled all over the world, to create a place called HOM and he did it with hard work, by taking a few chances and knowing his customer base through each era.

"We try very hard. We don't get it right every time, but nobody does,” he said. “But we try and we keep trying and we don't give up. And I think that's what helps us a lot."