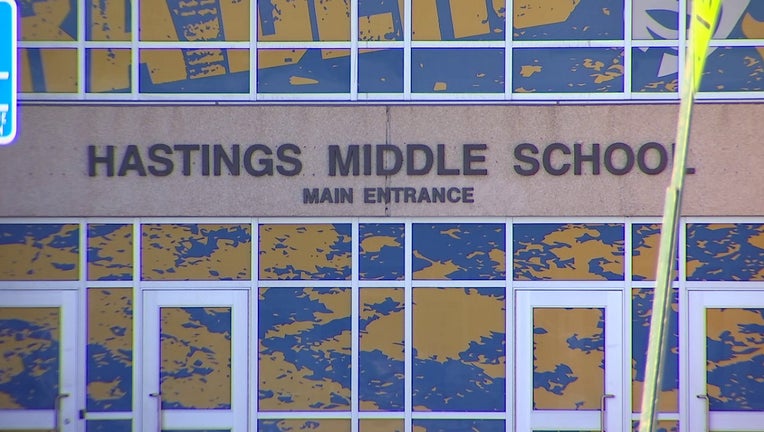 Board members Carrie Tate and Jessica Dressley say, while volunteering at the Hastings Middle School Scholastic book fair on Tuesday, they came across two books with a warning indicating it contained "mature content."

Hastings school board member fired back at accusations of censorship on Wednesday after she and another board member removed books they felt were inapproriate for middle school students from a Scholastic book fair.

They are recommended for 9- 12 graders, but the middle school has fifth through eighth graders. After consulting with the PTA president and attempting to reach the Scholastic school book sales rep, they went through those books and five more books with mature content warnings.

They set these aside, so kids would need to purchase them with a parent present. But after a post about the situation was shared on the Hastings community Facebook page with hundreds of people are commenting.

While some are defending the school board members pulling the books, the vast majority were critical of the board members, saying they were overstepping and censoring.

"We have heard over and over again about parental choice. I feel like you violated that right of mine.  I’m upset because you did not have the purview to do that," Vice-chair, Stephanie Malm.

"I wish the scholastic rep had responded.. I really do," says Tate. "I thought we were being helpful by  filling in for that missing information."

A graduate of Hastings we spoke to believes it’s not right for school board members to decide whether books about racism, sexual orientation, or violence are appropriate or not.

"As a parent, you can make a decision about what your kids are going to read," said Madeline McCabe. "But as a school board member, PTA volunteer, that’s not up to you to make those decisions. And inhibiting children from stories from people who are not like them in the grand scheme of things you are just contributing to this lack of understanding and this sense of bigotry and possibly racism in the community."

A former student we talked to points out much of this stems from a lack of trust for a few school board members. After last fall's school board election ended with a former member's Transgender child being outed. Whether that's related or not related to this current book fair situation, it depends on who you talk to.