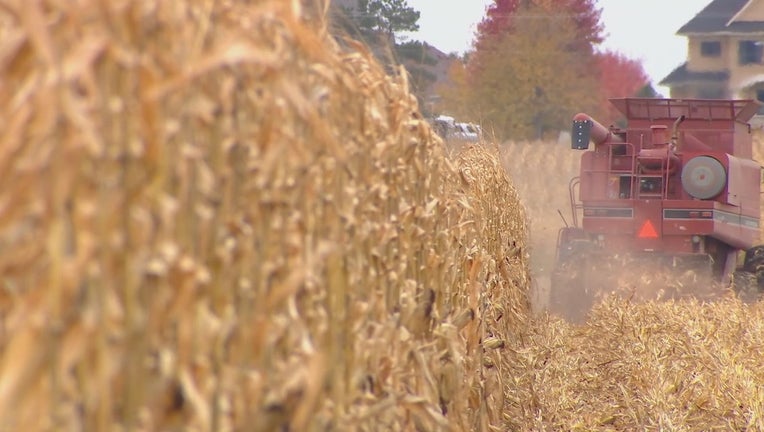 (FOX 9) - As Minnesota farmers cope with cold, wet weather they plan to reap a late harvest.

Damp conditions have lingered which means farmers could have their work cut out for them until the middle of November or later.

As Minnesota farmers cope with cold, wet weather they plan to reap a late harvest. Damp conditions have lingered which means farmers could have their work cut out for them until the middle of November or later.

With most of October behind us farmers are losing more daylight and heat to dry the crops. Why as the walls close in on harvest, the looming concern is potential for snow.

Forty-two miles from the Metro, in Northfield, corn and soybean farmer Mike Peterson rakes in his paycheck six rows at a time from the seat of his combine.

"We have the majority of our soybeans to go yet," said Peterson. "We’re just doing corn today to be able to do something and keep our corn dryer going," he shared.

The drying process not only rushes the season, it also eats into Mike's profits.

"The duration of the rain systems that come through just makes weeks disappear from a calendar that’s already getting short pages," said Peterson.

As a farmer with 900 acres trying to break even, an extra $50 hit per acre burns equity. But Mike is among the lucky ones.

"We have a grain dryer here," he said. 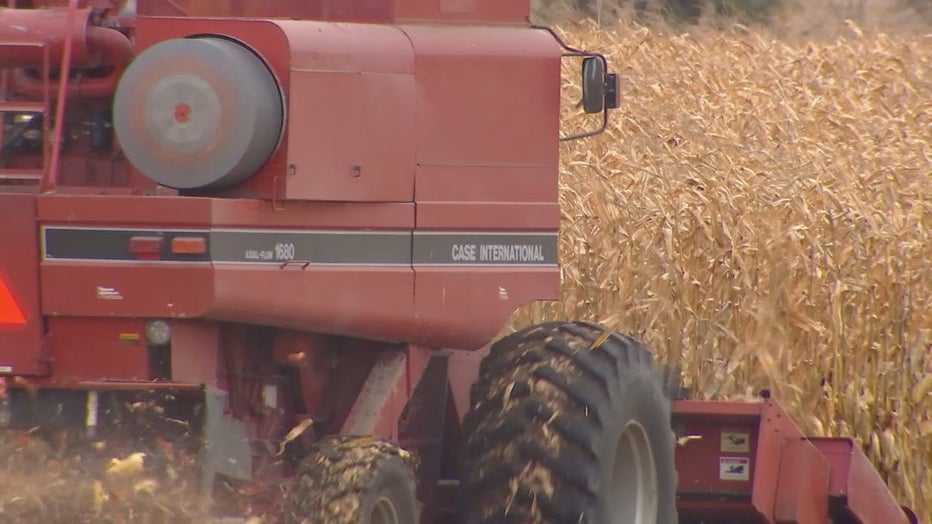 Those without the same capabilities could pay twice as much as they race against the clock.

"It’s a short day, not much sunlight so the drying every day is limited as compared to the month of September," said David Nicolai, a crops educator with the University of Minnesota Extension.

Overall, excess rain delayed harvest in Minnesota by three weeks. Not to mention, with soil still oversaturated across the state, farmers do what they can from tractors and combines.

"If Ian [Leonard] puts snow in the forecast for the next ten days, we’re going to turn the channel," Mike smiled.

Without sunshine a favorable corn and soybean harvest could be tough to reap.

Fortunately, with sun in the weekend forecast, famers could be in for a break.

"It appears we have a window coming up of good weather that will create a better opportunity for soybean harvest," Mike said.

Farmers would like to get every bushel out of their fields. They now have about a month to pull any crop in. While Mike and other Minnesota farmers have harvested in November before, they’re pushing the odds of meeting their Thanksgiving goal.