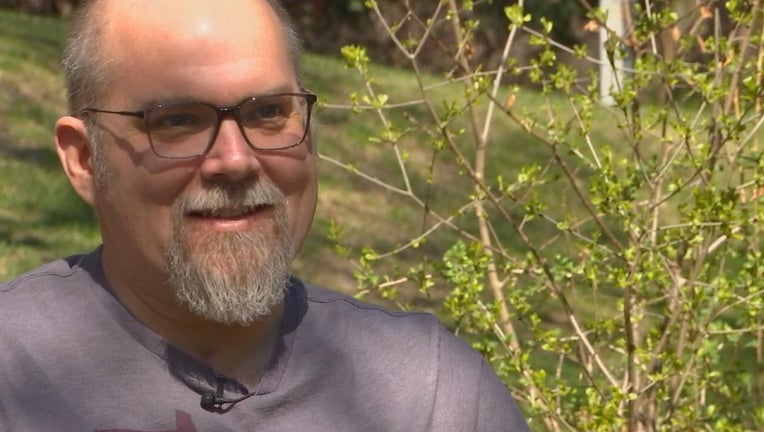 Over the winter, Chris Tabor was in a medically-induced coma and not expected to survive his bout with COVID-19. Three months later, he is well along the road to recovery. (FOX 9)

(FOX 9) - Since the start of the pandemic, Minnesota has lost more than 7,000 lives to COVID-19, as the pandemic has hit the state hard. In January, doctors thought Chris Tabor would be among that death toll. So much so, they called his family in to visit for a chance say goodbye.

But three months later, Tabor is alive and well, on his way to full recovery from COVID-19.

Since the start of the pandemic, Minnesota has lost more than 7,000 lives to COVID-19, as the pandemic has hit the state hard. In January, doctors thought Chris Tabor would be among that death toll. So much so, they called his family in to visit for a chance say goodbye.

"I feel like, let’s go," said Chris Tabor. "Let’s start doing things, but my body isn’t quite there yet."

Chris Tabor knows he still has some work to do on his road to recovery. But after more than two months in a medically-induced coma, Tabor is cherishing every moment of this beautiful spring day.

"I feel like the luckiest man in the world," said Tabor. "Yeah, health-wise, hard to say... Probably back to 85 percent of what I was."

At that point, the 47 year old had been on a ventilator for a couple of weeks. His daughters feared that Tabor wouldn't make it to his 48th birthday on Christmas Day.

Tabor isn’t sure of the exact moment or medical intervention that launched his miracle recovery, but he is absolutely convinced it had something to with a January hospital visit from his daughters and family. Doctors had told them to come for their final goodbyes.

"They had a Do Not Resuscitate bracelet on my arm because they said they didn’t think my heart and kidneys would take anything else because it had been so long," he explained. "They called my wife and said, 'Bring the kids in.' My parents flew in. They were like, 'You need to come say goodbye.' And after my parents and kids visited, a few days later I came out."

"Nothing that anyone could explain," said Tabor. "[A higher power?] Maybe, yeah. I feel lucky, I’ve had such great support from friends and family that I definitely think that had something to do with it."

Tabor has no idea why COVID-19 hit him so hard. He described having asthma his whole life but said it was under control before he got sick.

"I’m a big believer in science," he said. "We masked, social distanced. Two of my daughters are still distance learning for the rest of the year. So it’s odd. I took all the precautions I could and still got it."

Tabor confirmed he is now double vaccinated, just to be safe, not wanting anything to do with the virus ever again. Currently, he is staying with a buddy as he gains strength. His oxygen tanks close by in case they’re needed after COVID-19 scarred his lungs.

Tabor says he is working with his medical team on a return-to-work plan but needs no such consultation on life’s priorities right now.

"I’ve been thinking about it a lot," said Tabor. "In the next year, the real goal is spending every minute I can with my kids. My one daughter only has two years left in high school. I feel like I lost a big chunk of time with her already. I want to spend every minute with her and my other two daughters."