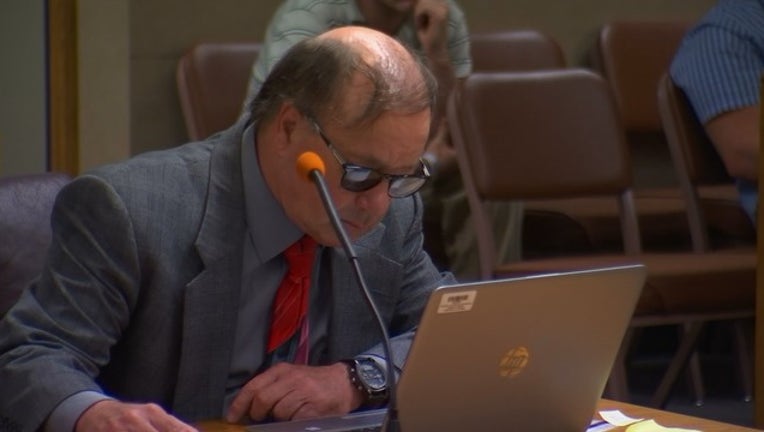 Former Burnett County DA Bill Norine in the courthouse. He was reprimanded in Minnesota and Wisconsin for sexual harassment of people who were facing charges. (FOX 9)

(FOX 9) - The Minnesota Supreme Court is reprimanding a former Wisconsin District Attorney after a FOX 9 investigation found he sexually harassed women who were facing criminal charges.

FOX 9 Investigator Tom Lyden confronted Burnett County DA Bill Norine after discovering he had asked six women out on dates who had criminal cases in his county.

Casanova of the Courthouse: Wisconsin DA asks female defendants out on dates

A Fox 9 Investigation finds the Burnett County Attorney in Wisconsin has asked at least six women out on dates who have appeared in his courtroom as defendants, some even with current cases against the state.

In one case, Norine contacted the woman on Facebook before she even left the courtroom. The women said it put them in awkward positions and all but one refused his proposals.

The Wisconsin Supreme Court reprimanded him after an investigation by the Wisconsin Department of Justice and Norine has now agreed to give up his license in Minnesota, too.