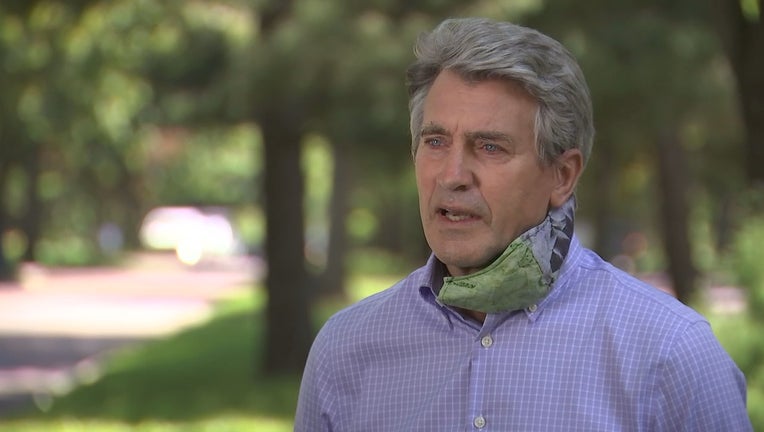 Former Minneapolis mayor R.T. Rybak is calling on the Minneapolis Police Department to admit its mistakes following the death of George Floyd. (FOX 9)

MINNEAPOLIS (FOX 9) - Former Minneapolis Mayor R.T. Rybak has been critical about the Minneapolis Police Department following the death of George Floyd. He recently penned a piece for Politico titled "I was the former mayor of Minneapolis and I know our cops have a problem."

It has been six years since Rybak left City Hall.

The former mayor says he has openly admitted the mistakes he made as leader of this city and now he’s calling on police officers to do the same.

Rybak says gestures seen this week, like in St. Paul where police officers took a knee, would go far in the process of rebuilding trust following Floyd’s death.

“Right now, the number one thing separating this community from this police department is a lack of acknowledgement from rank and file officers, at least some of them, we need to hear from them,” said Rybak. “Because until we hear from them, we are unable to bring that healing long term.”

With Bob Kroll at the helm of the Minneapolis Police Federation, he says the culture will never change.

“Bob Kroll is something very different from a union leader,” said Rybak. “He’s actually a demagogue who gives comfort to those who refuse to acknowledge the problems with the MPD.”

Kroll has criticized the city’s response to protests, but not condemned the action of the officers involved in Floyd’s death.

“The cops that elect him need to shove him out the door with a big boot in his butt and make a very clear statement that the cops of this town are standing with the citizens and not with people like Bob Kroll,” said Rybak.

Rybak says it’s still not too late for change to come.

“It’s not going to get directed by a mayor or a washed up mayor or a police chief,” he said. “It’s going to be won by one person who sees something go wrong and says that’s not what should happen in the police department.”