MINNEAPOLIS (FOX 9) - Five people, including the suspected driver, were left injured in south Minneapolis after a vehicle stolen in a carjacking hit two teen pedestrians and a building, according to Minneapolis police.

At 2:16 p.m. Monday an off-duty Minneapolis police officer learned a vehicle had fled the area near E. 26th Street and S. 17th Avenue and fled southbound in an "erractic manner," according to police. Further down 17th, a parked vehicle apparently hit by the suspect's vehicle was on its side in the street.

Five people, including the suspected driver, were left injured in south Minneapolis after a vehicle stolen in a carjacking hit two teen pedestrians and a building, according to Minneapolis police.

"The driver refused to get out of the vehicle despite the fact it was on fire," said John Elder, Minneapolis police spokesman. "Officers were able to get the suspect removed from the vehicle, saving his life and took him into custody." 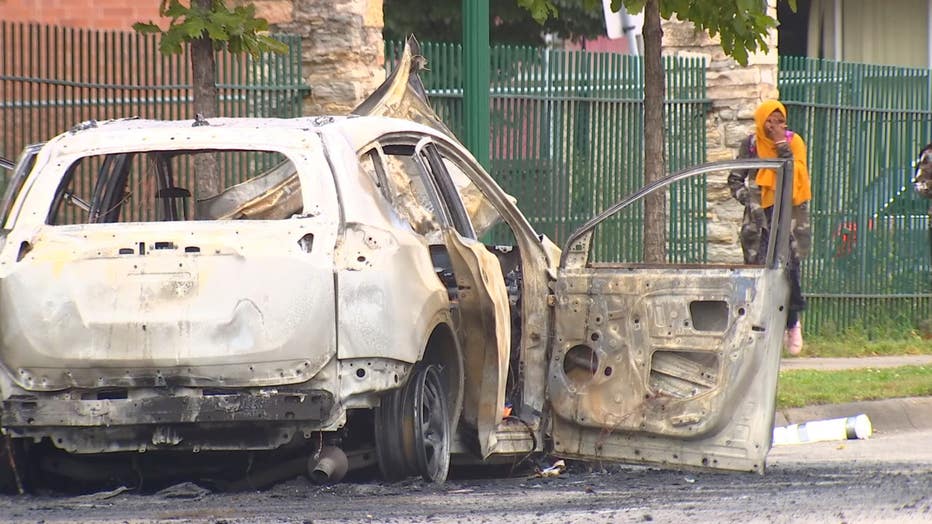 The suspect's vehicle stopped just east of Cedar Avenue, where it caught fire.

As officers went back to follow the suspect's path, they learned the vehicle hit two teens were on the sidewalk in front of Panaderia San Miguel, a bakery.

"What the officer didn't see at the crash of E 17th and Lake Street was that two pedestrians had been hit," said Elder. "There is major damage to a building at that location." 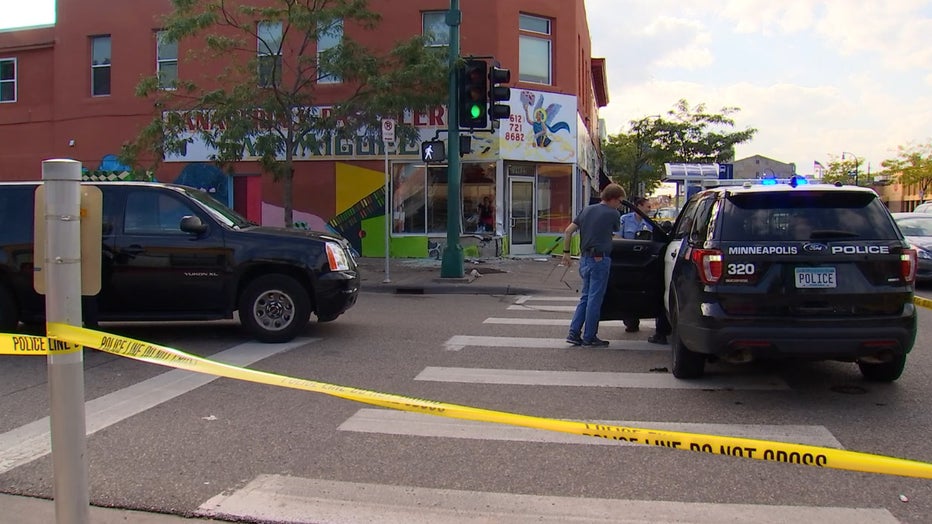 A vehicle crashed into two teens at S 17th Avenue and Lake Street in front of a bakery.

Investigators believe the driver may have been impaired. According to preliminary investigation, officers believe the vehicle involved was carjacked.

"We're blessed that this wasn't far worse, but I will tell you our hearts go out to those people that were impacted by today's incident," said Elder. "This is horrific and to have children run over through no fault of their own, to have a person inside of a building be harmed by this person, this is a tragedy." 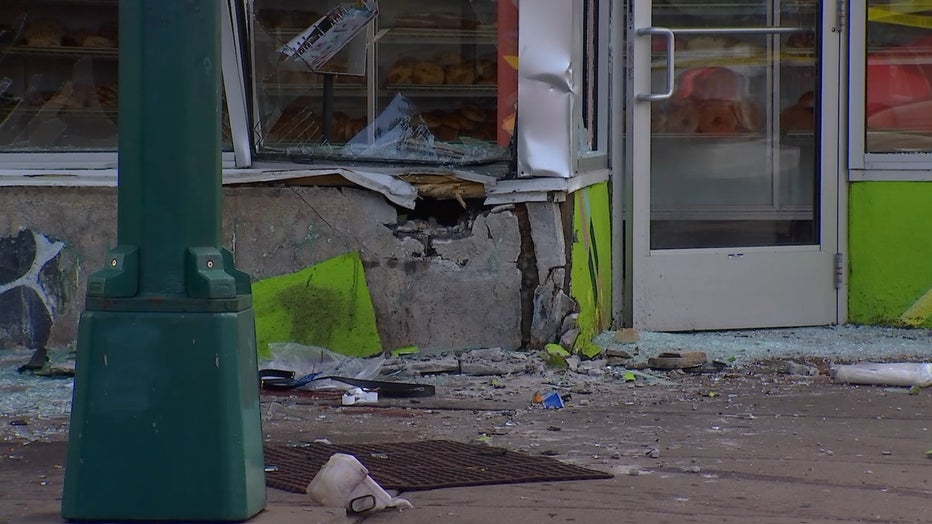