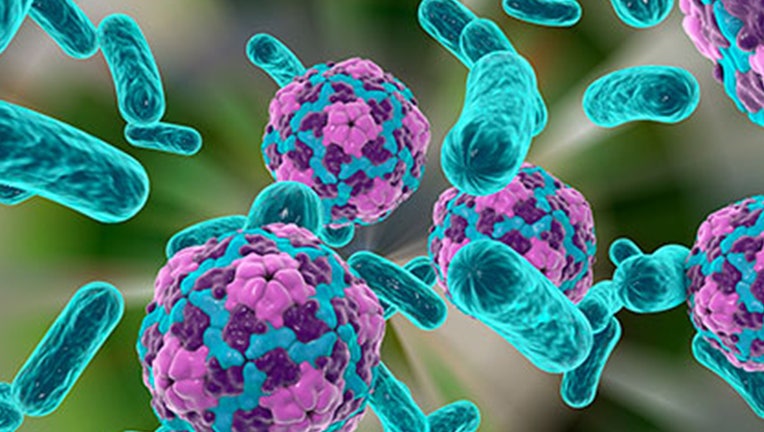 An image of the hepatitis A virus. (Courtesy of the Food and Drug Administration)

(FOX 9) - Authorities are investigating a multistate hepatitis A outbreak linked to organic strawberries that includes 17 cases, one of which was detected in Minnesota.

The Food and Drug Administration (FDA) said in a press release that investigators believe the outbreak may be linked to fresh organic strawberries branded as FreshKampo and HEB, purchased in the United States or Canada between March 5 and April 25.

The FDA says that of the 17 cases identified as part of the outbreak, 12 have required hospitalization. Fifteen were in California, with one in North Dakota and the other in Minnesota.

The FDA said that strawberries purchased in that window would currently be past their expiration date, though anyone who potentially purchased those strawberries and then froze them should throw them away.

The FDA said the strawberries could have been sold at several retailers including Aldi's, Trader Trader Joe's and Walmart.

According to the Centers for Disease Control and Prevention, hepatitis A is a very contagious liver infection that spreads when people consume food or a drink containing the virus — even in microscopic amounts —  or are in close contact with an infected person.