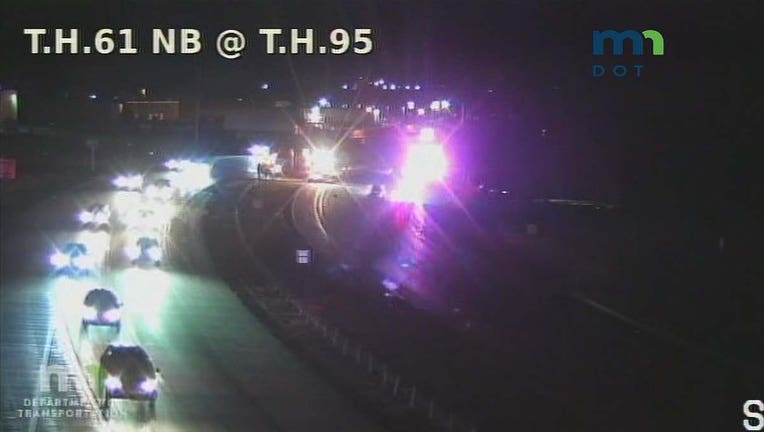 State Patrol is investigating a fatal crash on Hwy 61 near Hwy 95 in Cottage Grove.

COTTAGE GROVE, Minn. (FOX 9) - A 51-year-old woman was killed in a crash on Highway 61 in Cottage Grove Thursday night, according to Minnesota State Patrol.

The crash occurred around 6:56 p.m. on southbound Highway 61 near Highway 95. State Patrol says the woman, from Woodbury, was driving her Chrysler PT Cruiser east on 120th Avenue attempting to turn north onto Highway 61 when she was struck by a Saturn Vue traveling south. There were stop signs at 120th Avenue.

The driver in the Saturn Vue was transported to Regina Hospital with minor injuries. He is a 19-year-old man from Eagan.

There was no alcohol involved, according to the Minnesota State Patrol crash report.

Southbound lanes on Highway 61 were closed for a few hours while authorities cleared the scene Thursday night.

This story is developing. Check back at FOX9.com for updates.