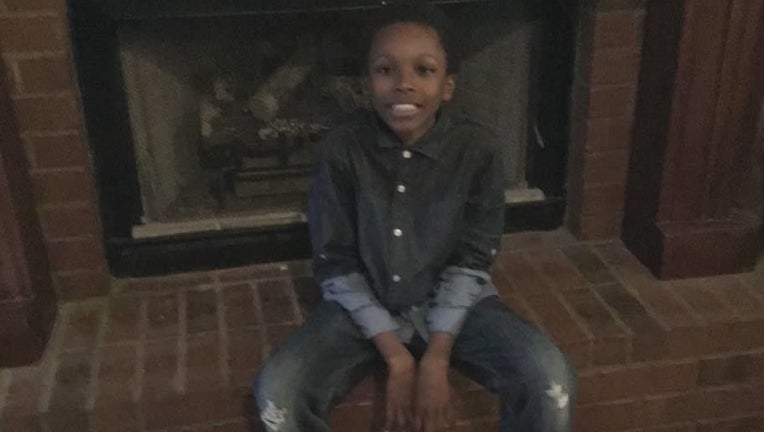 Jeylon Holloway, 13, passed away after falling through ice on a lake in Eagan, Minnesota. (Holloway Family)

EAGAN, Minn. (FOX 9) - While it may be February in Minnesota, that doesn’t mean all ice is safe ice. A Twin Cities family is grieving the loss of their 13-year-old after a walk on a lake led to tragedy.

Family members are mourning the loss of a teen boy who fell through the ice on a lake in Eagan, Minnesota.

"That was one of his best friends, the two of them together," said Winona Holloway, Jeylon’s mother.

Winona recently moved back to Minnesota with Jeylon and his younger sister and were staying at an Eagan hotel, where he would take Chloe for walks.

"Just a normal day, in class and once it was time for lunch, he took his break, ate his lunch and then he took Chloe out and never came back," said Winona.

Last Thursday, Chloe came back to the hotel on her own, without Jeylon.

"I think she was trying to tell us," said Winona.

While Winona knew her son went out for multiple walks a day, she didn’t know he had been walking along a nearby lake – something she had warned him not to do.

"He had been out there another day and saw the other people walking out there, so he probably figured it was safe," she said.

The family and Eagan police searched Jeylon that afternoon. Police discovered his boot on some thin ice near a drainage culvert in the lake. Dakota County Sheriff’s Office divers found his body in the water shortly after.

"That was my fear when my daughter told me he had been going over there," said Winona.

Extended family started a GoFundMe page to help cover funeral costs for the young teen, who is already greatly missed.

"Fun loving, busy explorer, he loved technology, the computer, anything that had to do with video games, just a loving kid," said Levanita Haynes, Jeylon’s aunt.

"Try to keep them close and make sure even if you don’t think they’ll do something, just keep an eye on them anyway," said Winona.

According to the Minnesota Department of Natural Resources, this has been an unusual season for ice due to the inconsistent temperatures. Officials say if it’s a smaller lake or holding pond, it doesn’t mean the ice freezes any faster – in fact, aeration systems and moving water may even make the ice weaker.