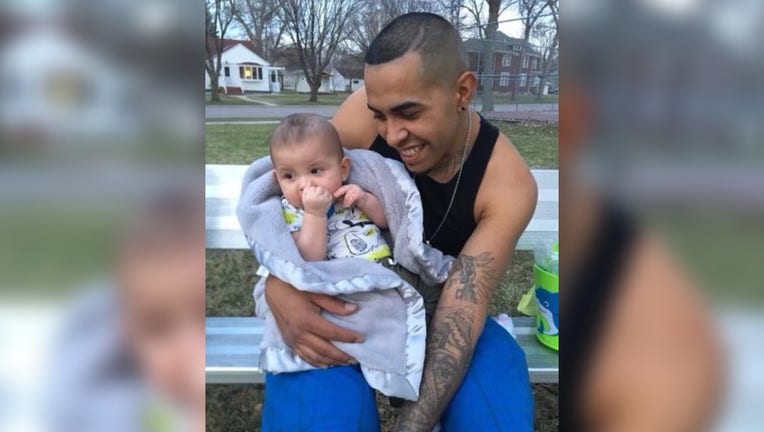 OLIVIA, Minn. (FOX 9) - Family and friends of a man who was shot and killed by police in Olivia, Minnesota are calling for a thorough investigation into the deadly encounter.

Loved ones identified the deceased as 32-year-old Ricardo Torres, Jr.

Family and friends of a man who was shot and killed by police in Olivia, Minnesota are calling for a thorough investigation into the deadly encounter.

"Yeah, I’m angry because he didn’t deserve this," said Natasha Lindner, Torres’ girlfriend. "He didn’t. He was a good guy."

Lindner is devastated. Her boyfriend of four years, the father of their nine-month old son is gone. Lindner wants to know why.

"I don’t think that this was just the cop defending himself at all," she said.

Authorities haven’t released much about the deadly interaction, which happened in the alley right off Highway 212 that runs through the Renville County community in western Minnesota.

According to the city of Olivia, around 2:20 a.m. on July 4 an Olivia police officer confronted an armed Torres and then shot and killed him. The officer, who has not been named publicly, was placed on customary administrative leave. The Bureau of Criminal Apprehension is investigating the incident.

"Ricardo just so happens to be back here at the same time, it just doesn’t make any sense," said Lindner.

The 32-year-old’s loved ones insist the official narrative isn’t adding up. They say he was known to carry a pellet gun, but they claim an officer on the city’s police force had it out for Torres. Court records show a prior fleeing incident that resulted in a cop deploying a Taser to arrest Torres.

"It kinda upsets me how it went down because it’s a small town," said Brad Westphal, a friend of Torres. "That didn’t need to happen. Where is his stun gun?"

A candlelight vigil will be held at the scene of the deadly police shooting on Wednesday, July 7 at 9 p.m.