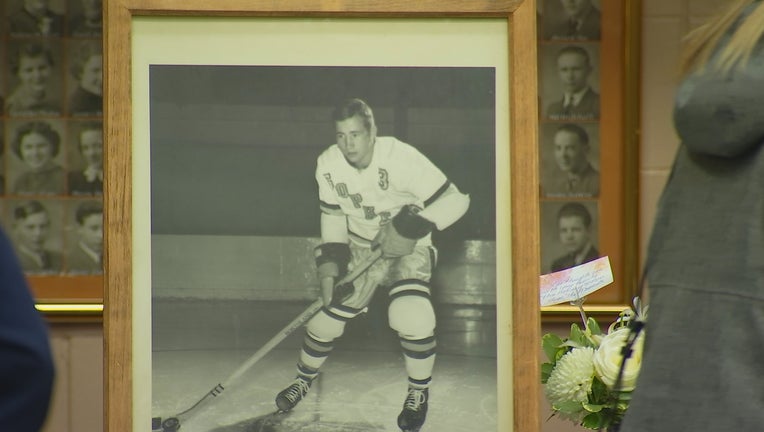 A photo up at the memorial shows Coach Woog during his playing days with the Gophers. (FOX 9)

Doug Woog was remembered by family, friends, and fans during a celebration of life ceremony at South St. Paul High School.

Funeral services were held Sunday to honor the life of a Minnesota hockey legend.

Woog started his hockey career at that school before moving on to the University of Minnesota where he became an All-American player in 1965. He graduated with honors in 1967 with a degree in education and later earned a Master's Degree in guidance and counseling -- areas of focus that would serve him well when he returned to his hockey team.

After coaching at the junior level in the 70s, and working with U.S. Olympics, Woog returned to the University of Minnesota in 1985 to coach the Gophers. 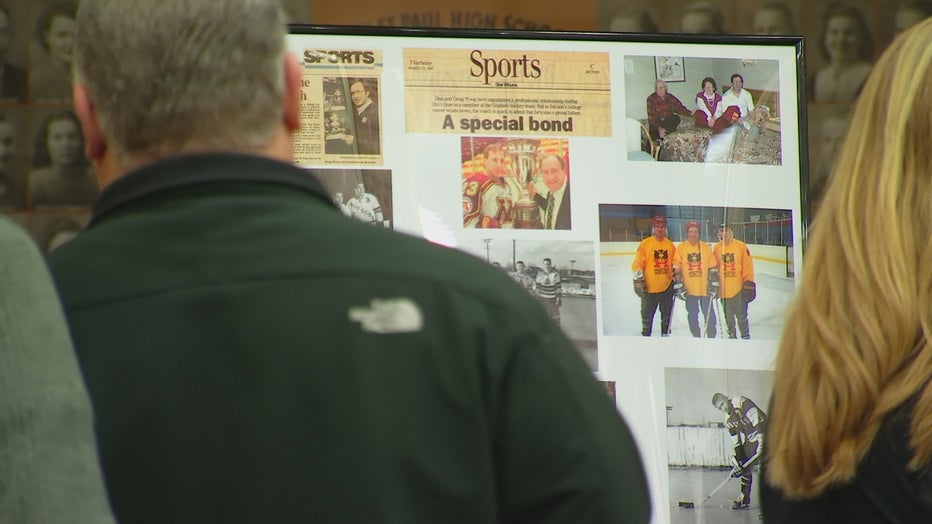 During his reign, he led the team to 12 NCAA Tournament appearances and six Final Fours over 14 seasons. When he left Minnesota in 1999, he had accrued the most wins for any coach in the program's history: 389 victories. 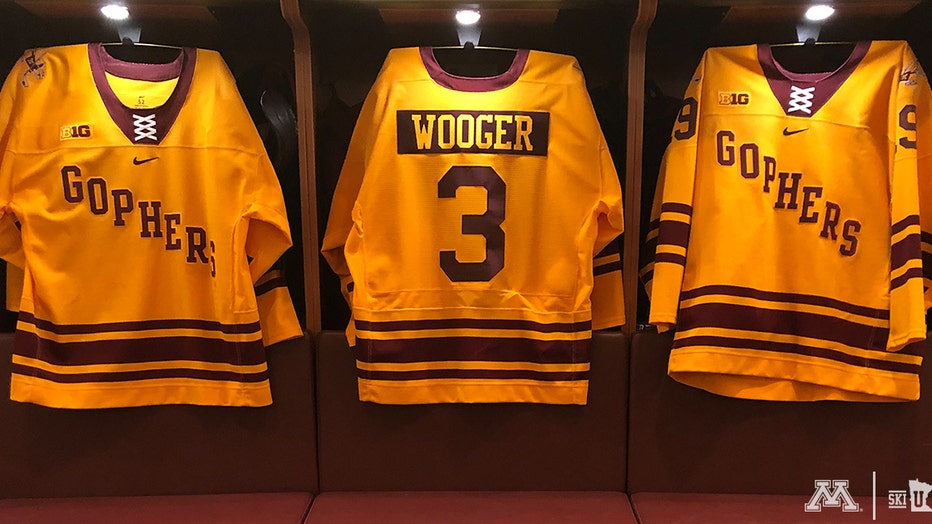 Before Sunday's memorial, the Gophers hockey team honored Woog during their Saturday night game. Skaters wore jerseys featuring "Wooger" nameplates and patches reading "Woog." Fans also were encouraged to write messages of support for the Woog family, which were shared at the funeral.

The Gophers are also planning to honor Woog and his family during a special night on January 25 when the team plays Ohio State.