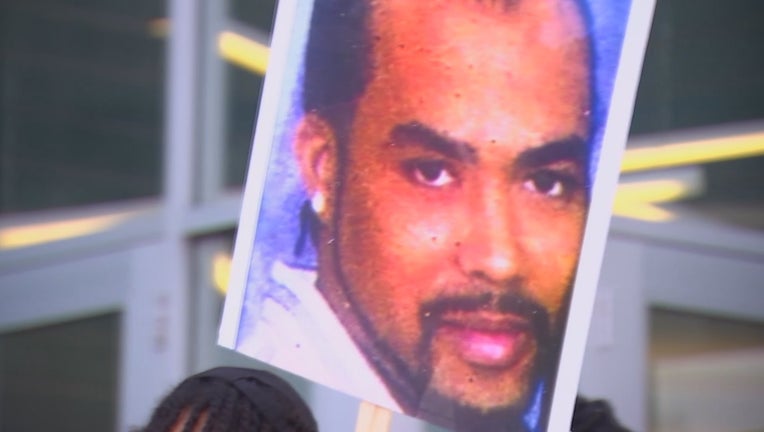 Justin Tiegen was found dad in a dumpster 11 years ago. His family is calling for his case to be reopened. (FOX 9)

ST. PAUL, Minn. (FOX 9) - A Twin Cities metro family is calling for the case of man, who was found dead in a recycling bin 11 years ago, to be reopened.

“We shouldn’t have to be here to stand for Justin Teigen, you should have known about him 11 years ago,” said an organizer of Wednesday's rally.

The family says St. Paul Police Officers are to blame for the death in 2009.

Justin Teigen was 24 years old when he died. The death of another Black man, George Floyd, has given his family the momentum they need to bring attention to his case.

In August of 2009, St. Paul police pulled Teigen over for a traffic violation. According to the police reports, he fled from officers, crashed his car and then took off on foot. Hours later, his body was found in a recycling bin. The medical examiner determined he died of asphyxia due to mechanical compression by a recycling truck. Police say there is surveillance video of Teigen jumping into the container to hide, but they could not produce the video in time for the evening news Wednesday.

His family, who has seen the evidence, is convinced he died at the hands of police.

“They caught him, they beat him to death, they threw him in the garbage, they framed the whole story,” said Garraway.

They say they won’t sleep until their version of the story is the one put on record.

FOX 9 reached out to the St. Paul Police Department for comment. A spokesperson referred us to the medical examiner's findings.