The Allina Health's Abbott-Northwestern WestHealth hospital's emergency room and Urgent Care are closed for the time being after about 50 nurses went on strike Sunday amid contract negotiations, demanding better holiday pay among other things.

PLYMOUTH, Minn. (FOX 9) - For a year and a half, nurses at the Allina Health's WestHealth emergency room in Plymouth have battled on the front lines of the pandemic; but behind the scenes they’ve been fighting for better pay too.

"It’s frustrating that we worked so hard and this is what it’s come to," nurse Carrie B. told FOX 9.

For a year and a half, nurses at the Allina Health's WestHealth emergency room in Plymouth have battled on the front lines of the pandemic; but behind the scenes they’ve been fighting for better pay too.

The nurses began negotiating for a new contract with Allina Health in late May, but seven meetings later the two sides have been unable to put pen to paper.

"They are the hard wall that says no, no, no," Carrie said. "We’re trying to tell Allina, we are here to work with you, we are here for the patients in the communities. But you’re telling us every day that we are cheap labor. We are paid at a lower level than everybody else but we’re expected to do the same job if not more."

Now around 50 nurses say enough is enough, and they will go on strike from Sunday through Tuesday. In response, the WestHealth Emergency Room and Urgent Care has decided to close its doors, shutting down for the time being. The city of Plymouth released a list of nearby locations for emergency services and urgent care needs here.

"I’m sad for when we see a car want to turn in and we know that they’re going to be displaced in their medical care," union chairwoman Sonya Worner said. "We are baffled. It is a diabolical decision to shut down care to the residents, as well as their own revenue."

In all of this, the largest sticking point for the nurses is holiday pay. "This could literally end tomorrow if we got a call saying, ‘yes we’ll offer you summer holiday pay as part of this package,’" Worner said.

"Allina not giving [us] summer holiday pay is what is closing this ER today," Carried added. 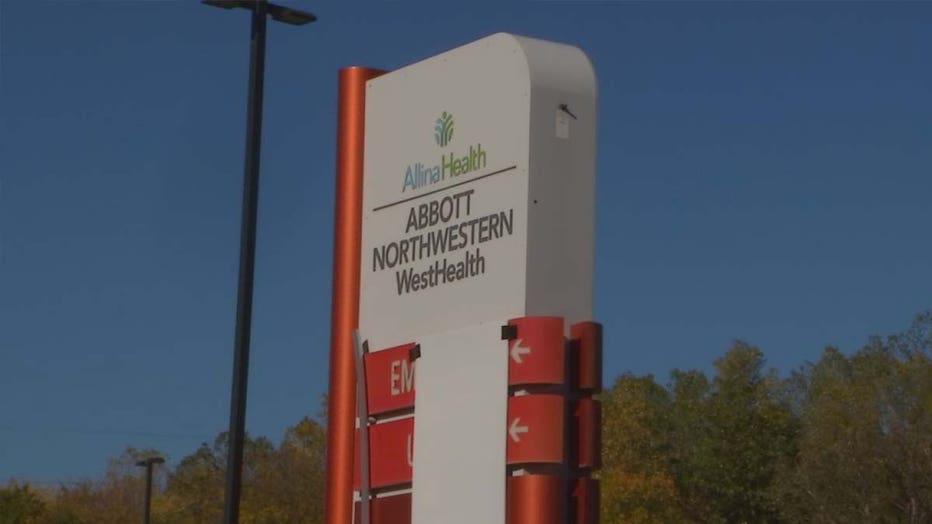 The nurses plan to return to work on Wednesday morning, but say as of now the next meeting to discuss their contract has yet to be scheduled.

Allina Health sent this statement to FOX 9 on Sunday:

Allina Health is disappointed the Minnesota Nurses Association (MNA)’s approximately 50 nurses who work in Abbott Northwestern WestHealth’s Emergency Department and Urgent Care facilities have chosen to strike. Due to the work stoppage, Emergency and Urgent Care services at the WestHealth location have been temporarily suspended from 5:00 a.m. Sunday, Oct. 17 until 7:00 a.m. Wednesday, Oct. 20. No other services on the WestHealth campus have been impacted.

Allina Health and Abbott Northwestern WestHealth have negotiated 7 times with MNA. A contract settlement was previously reached and unanimously recommended by the union’s bargaining team. Unfortunately, the MNA could not finalize that agreement. Throughout negotiations, we have consistently offered proposals that demonstrate our commitment to our employees, including an immediate wage increase to align wages with other metro hospitals and agreeing to some of the union’s other priority issues.

At a time when hospitals are under significant pressure throughout the state and country due to sustained high volumes from COVID-19 and other acute illness, a work stoppage benefits no one. It is our preference to reach an agreement on a new contract that prioritizes the health needs of the community and sustainably recognizes the contributions of our employees.