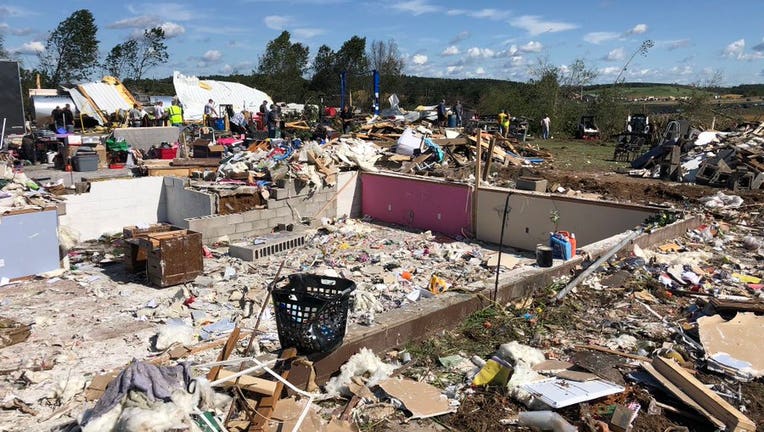 A home in Elk Mound, Wisconsin was destroyed when a tornado tore through the area Tuesday night. (FOX 9 Minneapolis-St. Paul)

CHIPPEWA COUNTY, Wis. - The National Weather Service has confirmed an EF-3 tornado touched down in the Town of Wheaton in western Wisconsin Tuesday night, causing extensive damage in the area.

The NWS said the tornado reached a peak wind speed of 150 miles per hour. It was on the ground for 5.5 miles and was a third of a mile wide at its widest. 2 people were also reported injured as a result of the storm.

The tornado, now classified as an EF-3, badly damaged some farms in the Elk Mound, WI area.

According to the National Weather Service, the most extensive damage occured in Wheaton, just east of Elk Mound near the intersection of County Road M and State Hwy. 29.

"This area saw entire strands of pine trees leveled, some stripping of bark from trees and the destruction of several structures," the Weather Service said in an update. "The destruction of a metal building and significant damage to two nearby homes were consistent with expected damage from winds of EF3 in strength."

So far there have been no reports of injuries after a tornado hit western Wisconsin Tuesday night.

More than 100 storage units were leveled in one part of the nearby city of Elk Mound. One family's home was completely leveled by the storm. They survived by taking shelter in the basement. On Wednesday afternoon, volunteers helped pick debris from the house that had been spread throughout a nearby field, including the homeowner's wallet. 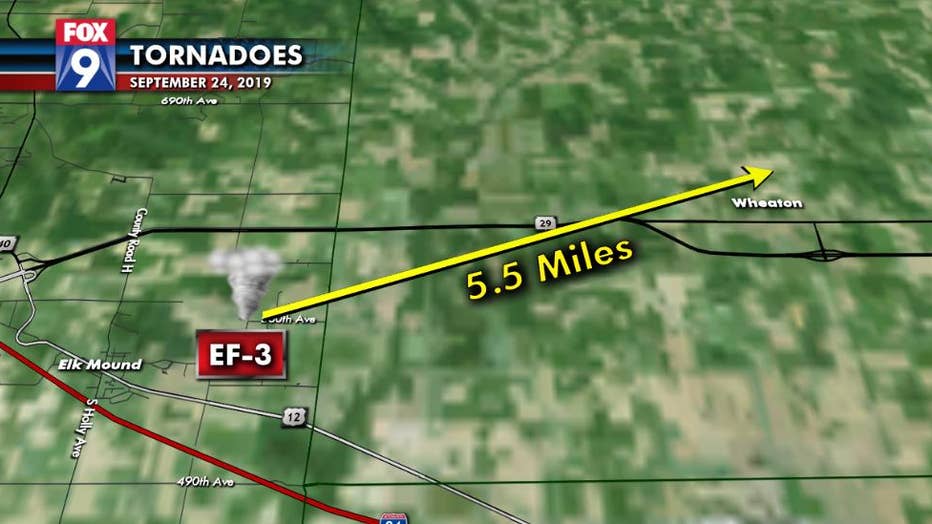 The tornado spanned 5.5 miles and reached a peak wind speed of 150 mph.

The Chippewa County Sheriff's Office said anyone who wants to volunteer for debris cleanup should report to the Wheaton Fire Station at 3900 38th Street in Elk Mound between 9 a.m. and 10 a.m.

Farm and property owners who are in need of debris removal are asked to call 211. 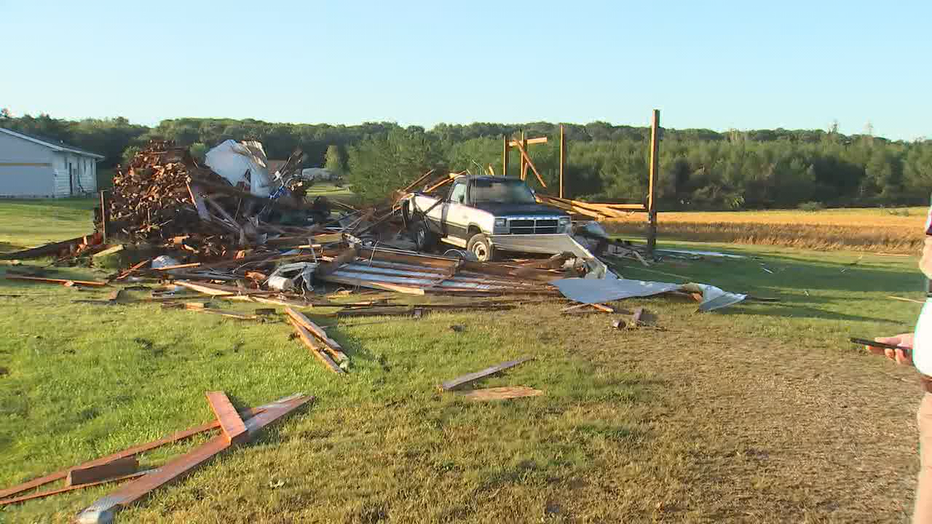 A tornado that touched down near Elk Mound, Wisconsin Tuesday night caused extensive damage in the area. (FOX 9 Minneapolis-St. Paul) 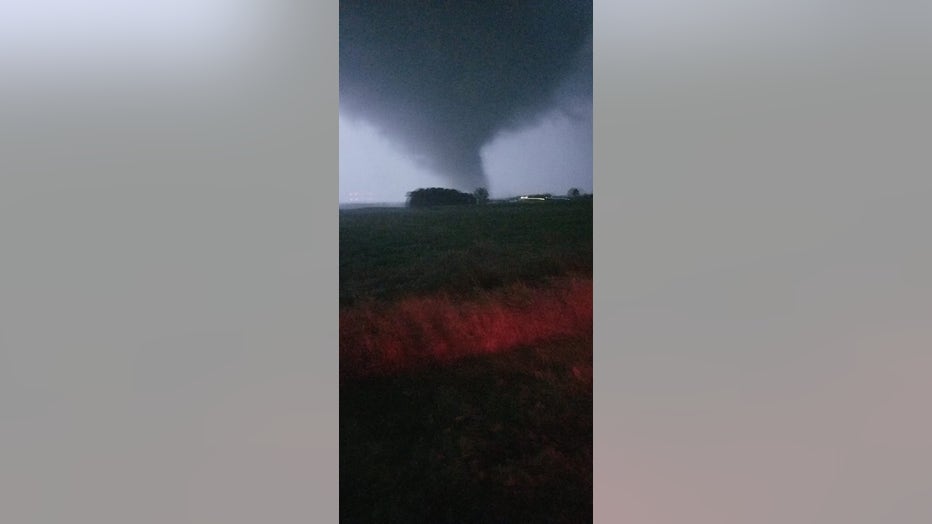 A photo sent in from a viewer in Wisconsin appears to show a funnel cloud (Shane Solo / FOX 9 Minneapolis-St. Paul)