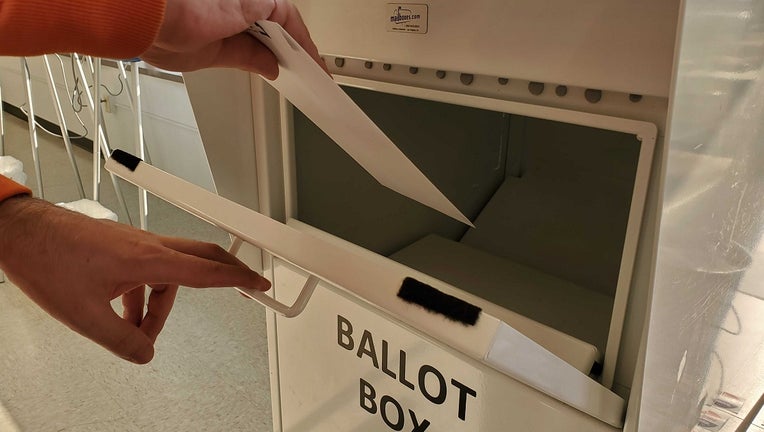 A Minneapolis voter puts a ballot in a ballot box at the Early Vote Center. (FOX 9)

City Clerk Casey Carl announced the results on Monday as early voting closed, adding this is the highest early voting total for the city in 45 years for any municipal election.

The city has received 28,831 early ballots, approximately 11 percent of the voters, with more than 1,000 showing up to vote on Monday alone.

2021 Election: How to register to vote, find your polling place

Ballot questions over the future of Minneapolis policing and rent control likely contributed to the spike in early votes. Carl says while he doesn't like a prediction, he expects Election Day turnout to put the city well over national averages.

"Minneapolis is a very engaged community," said Carl. "It has always had high voter participation, even in an off-year, municipal-only election. Nationally, if you have an off-year city election like we're doing this year, you're lucky to get a 20-percent turnout. Four years ago, [Minneapolis] had a 44-percent turnout. I wouldn't be surprised if we beat that this year…high 40 percent, even 50 percent."