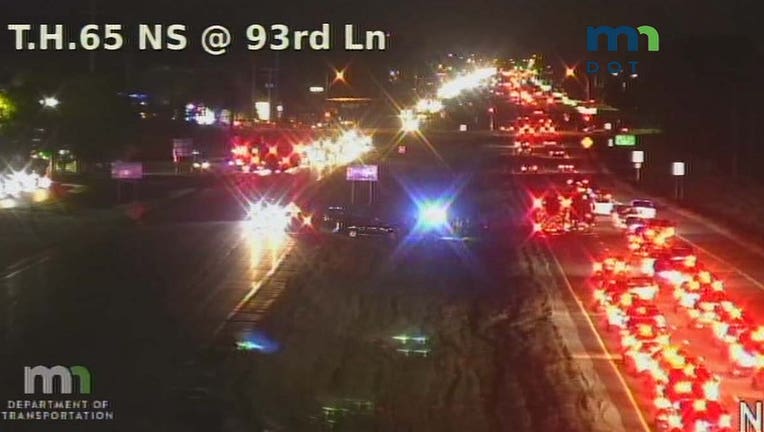 BLAINE, Minn. (FOX 9) - A man is in custody after he fled police and crashed into squads on Highway 65 in Blaine, Minnesota.

According to the Anoka County Sheriff's Office, at about 6:17 p.m. Tuesday, officials responded to the 7000 block of Ivy Lane NE in Ham Lake on a report of a suspicious male in a vehicle watching children in the area.

Authorities checked the vehicle's plates and determined the registered owner of the vehicle had an active arrest warrant for criminal sexual conduct. When officers arrived, the driver fled. The deputy did not continue the pursuit due to the amount of people in the area.

Shortly thereafter, another deputy located the vehicle on Highway 65, and other law enforcement agencies joined to try to stop the driver.

After the driver crashed into multiple squad cars, law enforcement stopped him near the 9700 block of Highway 65.

Authorities said that once the man was stopped, he armed himself with a knife and refused commands. Officials then used less lethal tactics and arrested him. He was transported to the hospital for evaluation.

The sheriff's office said the suspect is a 59-year-old Minneapolis man. He has since been booked into the Anoka County Jail, but has not yet been charged.