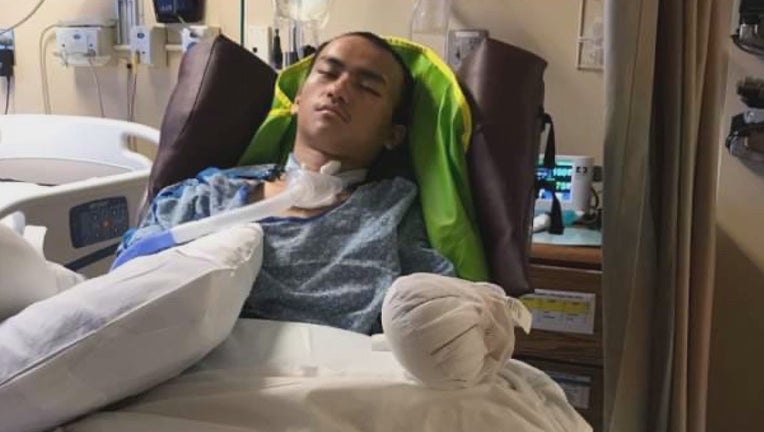 Family members say Tou Yang was left paralyzed from the waist down following a hit-and-run crash in Maplewood in November. (Yang Family)

MAPLEWOOD, Minn. (FOX 9) - A 40-year-old man has been charged and arrested in connection to a hit-and-run in Maplewood, Minnesota last year that left a 20-year-old man permanently paralyzed, according to Maplewood police.

The crash happened late in the evening of November 23 near the intersection of English Street North and Belmont Lane E. Family told FOX 9 that Toua Yang was walking home when he got hit by a car, which fled the scene.

Yang was in a coma for a month and suffered a broken back and severe road rash. Since the incident, officers worked to find the suspected driver.

“This was a terrible crime with life altering consequences for the victim,” said Maplewood Police Chief Scott Nadeau in a statement. “I commend and appreciate the tremendous efforts of our investigators, who never gave up in their pursuit of justice for our victim."