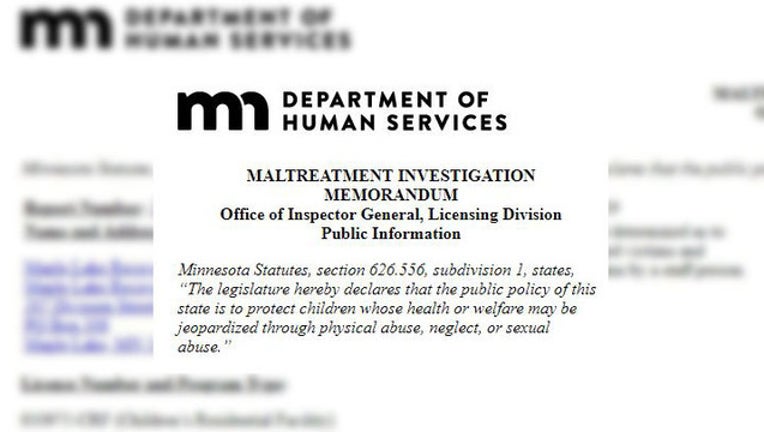 MAPLE LAKE, Minn. (FOX 9) - A staff worker at a teen substance abuse treatment center in Maple Lake, Minnesota was found to have sexually abused three teens receiving care, according to a maltreatment investigation by the Minnesota Department of Human Services.

The report states the incident happened in March at the Maple Lake Recovery Center. A family member of a teen patient reported the staff member had kissed and hugged some of the teens.

When the suspect learned they would be put on unpaid leave amid an internal investigation due to concerns about "boundaries," the suspect immediately resigned. Before leaving, the suspect left behind a note with contact information, saying, "hey so told me about the other other night, so I quit, they’re going to be asking alot [sic] of qustions [sic] so be careful if you want you can write me but don’t have too.”

When the investigators interviewed the teens, they learned the suspect had allegedly kissed one teen and pinched the youth's nipples, intentionally placed on teen's hand on the suspect's clothed butt, and also asked the teens to engage in inappropriate touching.

Due to the suspect's behavior the report also determined the former staffer had been neglectful to ten teens, as the interactions may have hurt the teens' "understanding ... of a therapeutic relationship".

Following the incident, Maple Lake Recovery Center completed an internal review. There will be additional training for all staff members.

The suspect will no longer be allowed to work in a position where they will have direct contact with those receiving treatment. The former staffer will be allowed to appeal the report's findings.