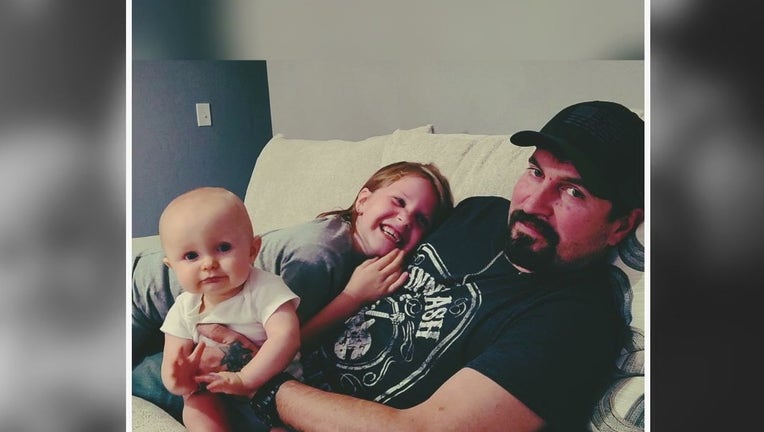 Michael Ostrom, 35, died in a bike crash in Little Falls on his way home from work Saturday. He leaves behind seven children and a fiancée who is pregnant with twins.

LITTLE FALLS, Minn. (FOX 9) - A growing family in Little Falls is grieving this week after a crash over the weekend claimed the life of father Michael Ostrom while he was out on a bike ride.

Ostrom's funeral is scheduled for Wednesday.

"It’s going to be an impossible day," Andrea Davis, his fiancée, said. "Because that day should’ve never come."

Davis always knew her partner was a rare find.

"He had the biggest heart of anyone I’ve ever known," Davis told FOX 9 on Monday.

The couple has a 10-month-old daughter, and they’re expecting twins in just a few weeks, so Andrea’s life revolved around the family’s tight bond. But now, "the world is upside down," Davis said.

A Little Falls family is grieving after their patriarch was killed in a bike crash over the weekend. Michael Ostrom, who was deaf, was the father of seven and was expecting twins in the next few weeks with his fiancée.

While riding his bike on Saturday around 4 a.m., the 35-year-old father of seven died in a crash near the intersection of Highway 238 and Highway 27.

Ostrom was deaf, and so is the fiancée he leaves behind. FOX 9 spoke with Davis through the help of an interpreter.

The Minnesota State Patrol said the crash happened with wet road conditions, and Ostrom was laying on the ground before he was hit. His family says he was biking home after working the late shift.

"He would ride his bike instead of driving and he would save on gas and everything," Davis said.

"The accident was less than one mile from my home," Coady said. "He was so close to getting home."

Before the crash, the Davis and Ostrom were planning a life together with a wedding ahead, twins on the way and a newly purchased home.

"And now those things will never happen," Davis said. "And I actually started having pregnancy complications because of all the stress, and just the chaotic mess, so I was brought to the hospital."

Davis is struggling with the new reality of raising twin girls without their father, especially with only half of the family’s income. The family has set up a GoFundMe page to accept support here.

"It’s going to be a lot to handle with the mortgage, and twin babies and a 10-month-old [daughter]," Davis said.