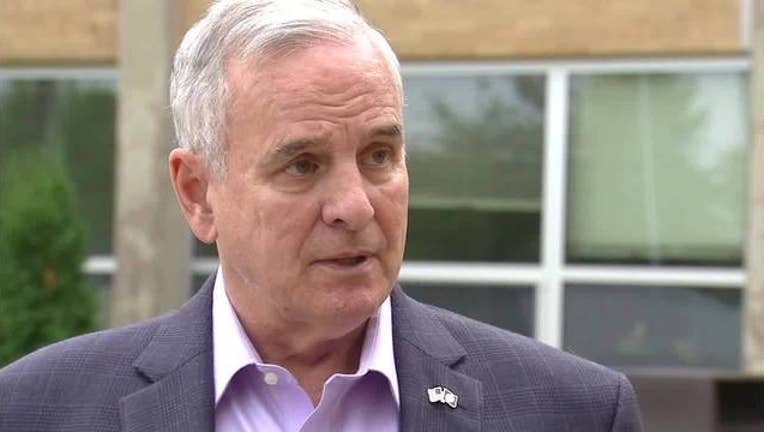 ST. PAUL, Minn. (AP) -- Gov. Mark Dayton is telling environmental officials to back off private ditches as they start enforcing a new law to boost water quality. Passing stronger requirements for so-called buffers between crops and waterways was a major flashpoint at the Capitol last year. Concern about implementing those setbacks along private ditches kept the controversy alive.

Top Republican lawmakers and agricultural groups have previously said they never intended for private waterways to be included in the compromise law. Dayton instructed the Department of Natural Resources on Friday not to include those ditches as they map out where to enforce the law.

Dayton says he didn't want GOP objections to hinder the law. It's unclear how the change will impact governor's marquee water quality initiative.

“After meeting yesterday afternoon with House Republican leaders, I have, with great reluctance, instructed the Department of Natural Resources to stop its mapping of so-called ‘private ditches’ under last year’s buffer legislation. The Republican legislators insisted that they did not intend those ditches to be included in the scope of the legislation, even though its buffering requirements would not take effect until November 2018.

“Threats have been reported to me that DNR and BWSR’s bonding requests – which are urgently needed to address the state’s serious water quality and infrastructure challenges – would not be considered by House leadership, if private ditches were not retroactively exempted from the new buffer requirement. I will not put at risk the water quality improvements in my bonding proposal and other critical bonding measures over this dispute.

“I am deeply disappointed by this, because we should require all Minnesotans to take responsibility for the quality of the water that they pass on to their fellow citizens. I thought that we had achieved a modest agreement in the last legislative session about the urgent need to improve the quality of Minnesota’s waters by limiting their pollution from runoffs from private and public ditches. I consider this fierce opposition by the House Republican leadership, as evidence that we are a very long ways from bipartisan agreements even on the severity of our state’s water quality problems, much less on the need to take serious steps to improve it.

“I will not cease my efforts to impress upon all legislators and all Minnesotans the hard facts about the overall deterioration of our state’s water quality, and what we must do to reverse it.”