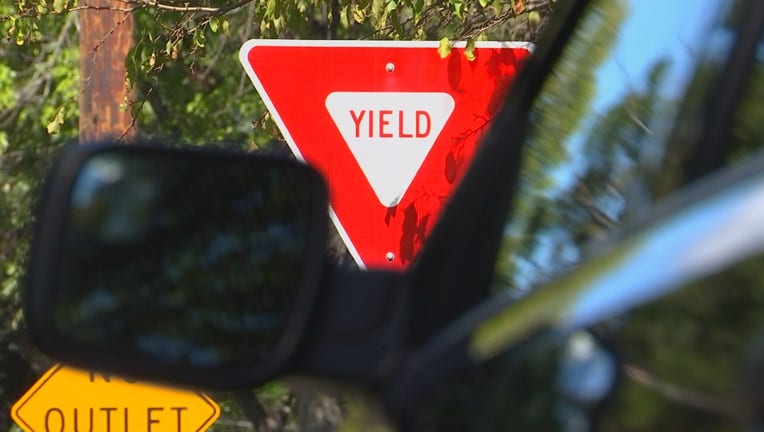 CRYSTAL, Minn. (FOX 9) - Over the past few years, the city of Crystal has attempted to transform the flow of vehicles through its residential neighborhoods with a particular focus on traffic controls at intersections.

As a result, more than 10 percent of the city’s stop signs were removed altogether, and another 10 percent or so were replaced with yield signs.

Resident Albin Andolshek said that with three kids, he much prefers the yield signs, saying his neighborhood used to have a glut of stop signs drivers seemed to ignore or cheat. The yield sign, he says, could be a game changer for safety.

"Each two blocks, you’re stopping, and so I feel like with less stop signs, you have less of people just periodically rolling through," he said.

Across town, it’s a different sentiment.

"We’re without our stop sign. I want my stop sign back," said an in-home daycare provider who is concerned about safety.

Crystal Public Works Director Mark Ray said the traffic control decisions are well-studied, backed up by data and intended to keep cars and trucks flowing efficiently through the city, but they need help from drivers to respect the new signage and the 30 mph speed limit.

"The biggest thing is we have residents that care about the community, they are hard-working people and so if we don’t need to have regulations for traffic control that don’t make sense, we don’t want to do that for them because they’re just trying to go about their life," Ray said.