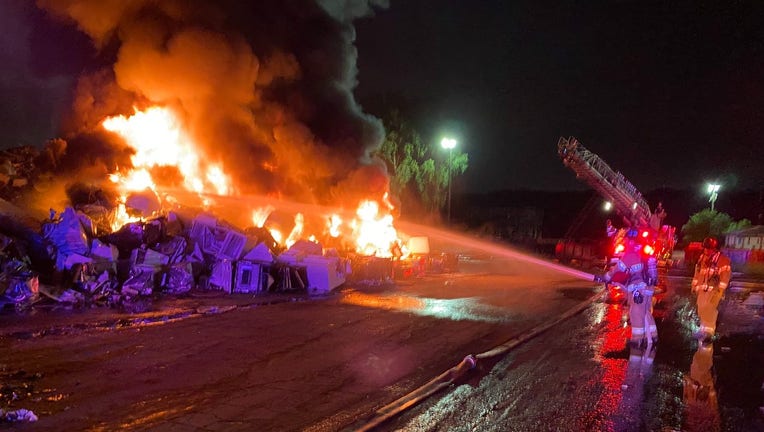 Crews put out a fire at a St. Paul recycling facility that had a larger fire earlier in the week.

ST. PAUL, Minn. (FOX 9) - Firefighters put out another fire at a recycling plant in St. Paul, Minnesota early Saturday morning. The plant experienced a much larger fire Tuesday, but it was contained that evening.

According to the fire department, at about 5 a.m., crews were called to the 1300 block of Red Rock Road for a fire in a pile of recycling material. Firefighters remained on scene until about 7 a.m.

There were no injuries reported. Officials said the fire is under investigation, but it is presumed to be accidental.