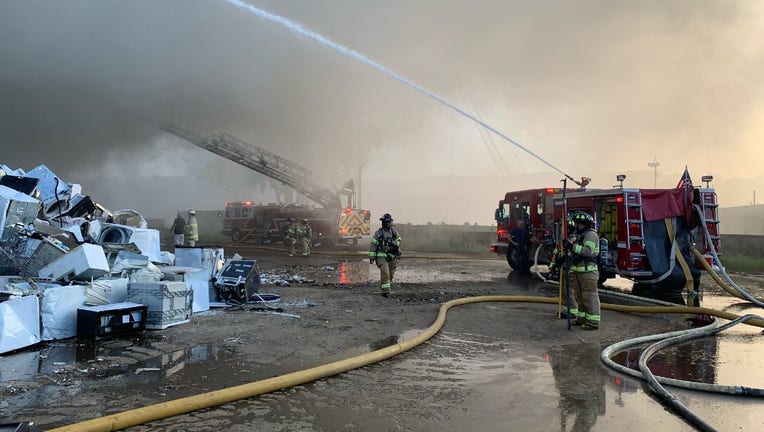 ST. PAUL, Minn. (FOX 9) - A fire broke out at a metals recycling center in St. Paul Tuesday, according to the St. Paul Fire Department.

Just before 6 p.m., crews responded a report of black smoke coming from a AMG Resources in the 1300 block of Red Rock Road. The smoke could be seen stretching into the sky along Highway 61. 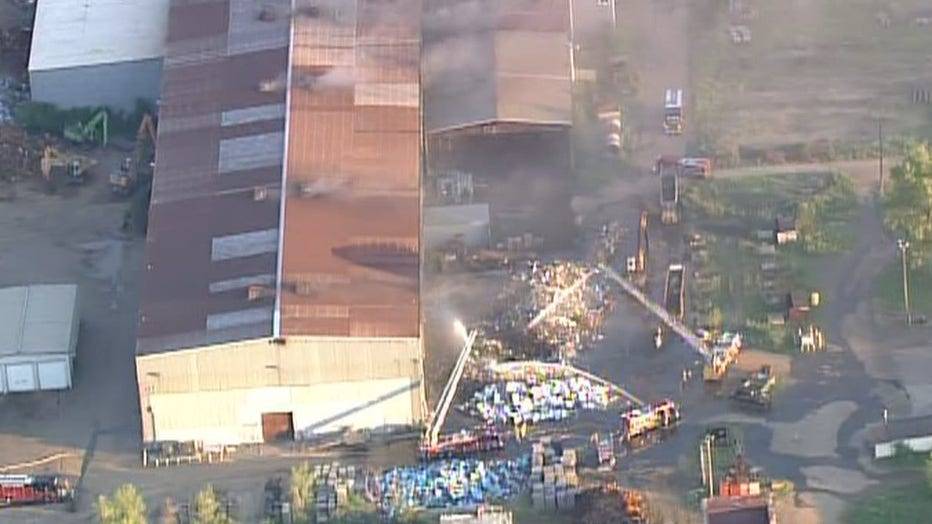 When firefighters arrived, they found a large pile of recycling material on fire outside a building. The flames later moved to the building, causing some damage. By 7:40 p.m., the fire was under control.

Officials say employees on site used machinery to push the material out of the building.