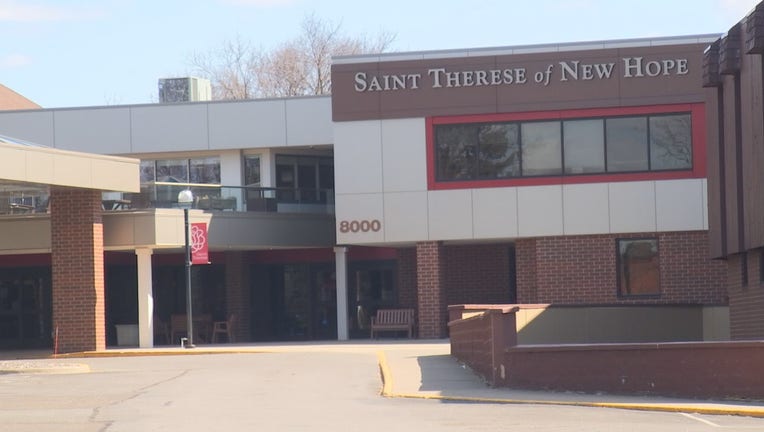 St. Therese is one of two COVID-19 hot spots among long-term care facilities in the Twin Cities area.

Catholic Eldercare in northeast Minneapolis and St. Therese Home in New Hope have clusters of COVID-19 deaths discovered through death certificate data maintained by the Minnesota Department of Health.

70 percent of those who have died from COVID-19, or 113 cases out of 160, in Minnesota so far have been in long-term care living situations and most of those who died had underlying health conditions.

A letter was sent to families from Catholic Eldercare that read the infection was brought in from a staff member who works in memory care unit dining.

“I have absolutely no ill will for the person who was sick and contracted the COVID who worked there. It wasn’t like they came to work sick ‘let’s go infect people,’” he told the FOX 9 Investigators.

For Ward, there is regret that he didn’t see his mother before she died. But even in his grief, there is profound appreciation for those who cared for his mother in her final days.

“What would mom say if I showed up in her room she say ‘get out of here you’re going to get my grandkids sick,’” he said. “Anyone that works there is a godsend for people like me to take care of our loved one because it’s not a pleasant job.”

"Wally called and told me that his roommate was sick and he had a fever, wasn’t eating and had a cough. He was tested and tested positive, the roommate was," Opdahl said.

Her brother, who had dementia but no other illness, told her that his roommate with the cornonavirus was never moved out, a story the FOX 9 Investigators heard from three other families.

Experts say positive patients should be grouped together, a process known as cohorting.

“Cohorting is where you move people who are positive into one area whether it is the same room or same wing,” said Patti Cullen, CEO of Care Providers.

Opdahl said she called St. Therese after her brother got sick to ask if the staff had enough personal protection equipment.

“Asked one of the aides, if they had N95 masks and the aide said ‘I don’t know what that is,’” Opdahl recalled.

In a follow-up statement to the FOX 9 Investigators, St. Therese said they isolate positive patients where space permits.

In the near future, the plan is to cluster together those testing positive at COVID-19 support sites around the state.

The sites are long-term facilities which have a low number of residents or an empty wing. The locations of the sites have not been released by the state of Minnesota.