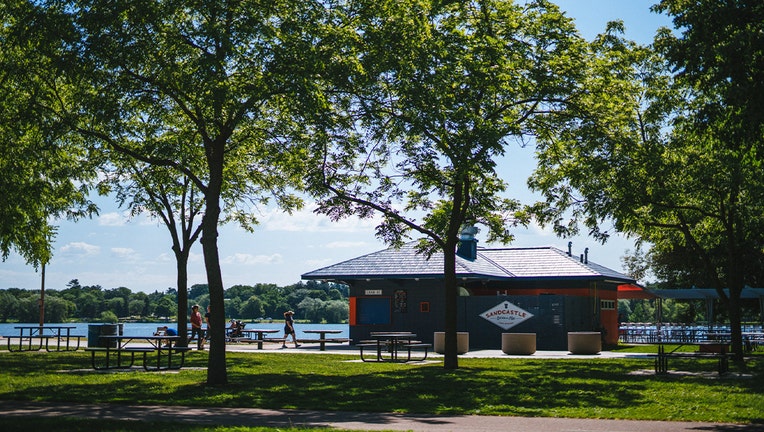 Sandcastle has been a staple on Big Beach of Lake Nokomis for a decade, but has announced its last season.

MINNEAPOLIS (FOX 9) - A longtime favorite along the shores of Lake Nokomis has announced this summer will be its last season serving patrons looking for a break from the waves and sun.

Sandcastle, the seasonal restaurant on the Big Beach at Lake Nokomis, has been a staple for a decade, providing a menu of food and drinks. Located at 4955 Lake Nokomis Pkwy. W in Minneapolis, it’s been open yearly from mid-April to early October until 8 p.m.

But according to its owners 10 years is a long run, and it’s time to let someone else give it a shot.

"We got to a point where we were 10 years older, and life is completely different. We asked, is this really in our plans to continue doing this?" co-owner Amy Greeley told FOX 9. "There’s realities of working in a seasonal business … and some of those little challenges every year have gotten harder and harder. Even though Sandcastle has been a great opportunity and experience, it’s also been challenging in many ways."

A Facebook post on Wednesday initially broke the news, saying in part, "Sandcastle has been a joy, a beast, and a wonderful opportunity. We worked hard to make it stand out and thank every single person who worked hard with us over the years."

Greeley has been the co-owner of the lease on Sandcastle along with husband Doug Flicker and partner Chele Payer. The trio originally signed a lease of 10 years, but due to patio construction delays were granted a two-year extension that they ultimately will decline after this summer.

"We’ve always really wanted to keep that feeling of having a concession stand on the beach, and having fun in the sun," Greeley said. "Provide some good food, beer and wine, and make it a little more interesting with some little twists."

Despite being successful enough to open another restaurant – Bull’s Horn in the Ericsson neighborhood of Minneapolis – Greeley says the best part about the last decade has been the people they’ve met and served.

"It’s a beautiful place to have a business - you get there in the morning and see blue herons and people fishing. The space is really special," Greeley said. "You get to see kids coming back every summer and they go from 8 to 18 [years old]. That’s been really amazing."

According to Greeley, the Minneapolis Parks and Recreation Board will be posting a Request for Proposals (RFP) later this summer for "the next people who want to make something great on Lake Nokomis."

For Greeley and friends, they plan to return often to see what becomes of their once summer home.

"We live in the neighborhood and actually enjoy the park as well, so it will be nice to actually go there during the summer and enjoy it instead of being the ones who give up their summer in order to provide that for everyone else," Greeley said. "It sounds a little bit like ‘I want my summers back’ and there is maybe a little bit of that if we’re being honest. We’re excited to see what comes next."