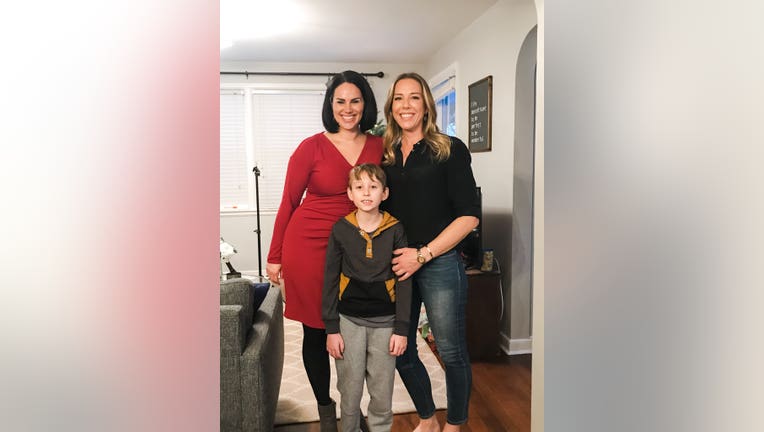 WACONIA, Minn. (FOX 9) - A family in Waconia will remember this Christmas forever.

Trevor Munt was determined to beat the odds and walk out of Gillette Children’s Hospital on his own.

9-year-old Trevor Munt is walking again in what can only be described as a Christmas miracle.

To be back in his home surrounded by family was a Christmas wish that came true for Trevor Munt. The 9-year-old is walking and gaining strength on his right side, which is a daily challenge for him. Just a few months ago, he nearly lost his life to a ruptured brain aneurysm.

“I said my head was hurting really bad and I was yelling,” he recalled.

A CT Scan showed a brain bleed and he was immediately taken by ambulance to Children’s Hospital in St. Paul.

Doctors discovered a mass on the left side of his brain that was tangled with arteries and veins that had apparently been there since birth. A second aneurysm was also on the verge of rupturing.

Things started to get worse before they got better for Munt. After the bleedings stopped, complications mounted. He got sepsis, pneumonia, strep and staph infections. At one point, he was completely unresponsive.

Doctors had to act quickly and, during the procedure, there was a chance his heart would stop. Josie was told to step outside the room.

Then, however, Munt turned a corner. After arriving at Gillette Children’s Specialty Healthcare, he started intense therapy.

Josie Munt, Trevor’s mother, said doctors told her, at first, he most likely would not walk again.

“We never told him, we never told anybody that he was told that he wouldn’t walk again that was information that stopped with the immediate family,” she said.

Day after day, Munt got up and worked hard.

“I’ve never been more proud of anybody ever than I was of him,” Josie Munt said.

Six weeks later, Trevor walked out of Gillette Children’s on his own.

“Watching him walk out of the hospital on his own, when people tell you that you’re not going to walk ever again, to watch him walk out on his own, not a crutch, not a walker, not a cane, not anything, then I realize just how special this kid is,” Josie Munt said.

Although he’s made huge strides, routines like putting on clothes are difficult. Still, Trevor says he’ll continue to preserve because now he and his family truly understand what this season is all about: health, family and happiness.

You could call this a Christmas miracle.