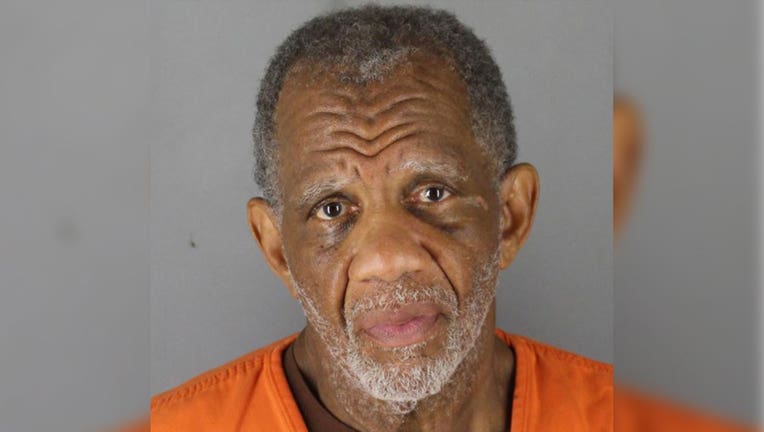 MINNEAPOLIS (FOX 9) - A 66-year-old man is charged in connection to a deadly, brutal attack in which the victim suffered more than 100 injuries caused by multiple weapons, including possible jumper cables and a crochet hook, according to a Hennepin County criminal complaint.

Larry Joe Foster, 66, of Burnsville is charged with second-degree murder. He faces up to 40 years in prison.

According to the charges, just after midnight on September 2, Minneapolis firefighters responded to a fire at the 2600 block of 13th Avenue South in Minneapolis. Inside the home, they put out the fire and immediately found a body, later identified as 60-year-old Daniel Martin Bradley.

Firefighters determined the fire started from the kitchen stove and did not impact Bradley, who had "obvious homicidal injuries." Minneapolis police responded and inside the room found a broken walking stick, two broken chair legs and a set of jumper cables, which appeared to be used in the attack. Along the blood trail, police found a bloody butcher knife in the backyard and a cordless power drill covered in blood in a neighbor's back yard.

The Hennepin County Medical Examiner determined Bradley suffered 100 blunt-force and sharp-force injuries. The examiner confirmed multiple weapons were used, including a crochet hook, which was found lodged in his chest. The examiner also identified defensive wounds on Bradley's hands.

The charges state a fingerprint in blood found on the home's back door matched Foster's right middle finger, identified from a database. Blood samples recovered from the scene also matched Foster's DNA profle in the Minnesota Convicted Offender DNA Database.

Once Minneapolis police identified Foster, they learned he was the subject of a missing person case in St. Paul, according to the complaint. Early on September 2, a citizen found an apparently abandonded silver Ford truck with its lights on at Hidden Fall Park. St. Paul police found blood throughout the vehicle as well as a bloody knife and a shirt soaked in blood. A blood trail led to the river, where they found a pair of blood-soaked underwear on the beach. St. Paul police determined Foster was the registered owner and exclusive driver of the truck, but were unable to find him.

According to the complaint, surveillance video from Bradley's neighborhood in Minneapolis showed Foster's truck arrive at 9:22 p.m. and park near his home along the sidewalk where investigators later would find the end of the blood trail. More footage showed Bradley's front door opened at 9:37 p.m. and it appeared two people went inside. The front door did not open again. Witnesses reported smelling smoke around 11:40 p.m.

After receiving a tip that Foster was at a treatment center, police arrested him on Wednesday, according to the complaint. Officers found he had a long, deep cut on the palm of his left hand that needed 30 stitches. In a police interview, Foster told them he knew Bradley. After being shown a surveillance photo, Foster admitted he recognized his truck outside of Bradley's home, but then he declined to answer any other questions.

Foster has a lengthy criminal record of assaultive behavior.

The investigation is still ongoing. Foster is in custody.