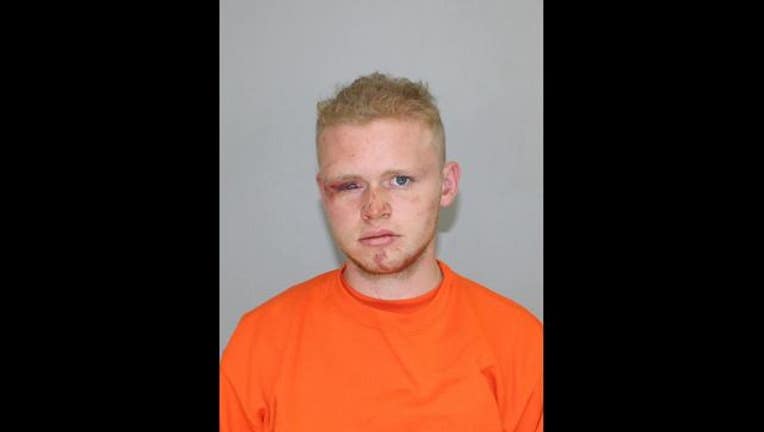 COOK COUNTY, Minn. (KMSP) - A 20-year-old man is charged with first degree assault and fourth degree assault of a peace officer after he tried to strangle a woman, then bit off part of a man's finger and assaulted a sheriff's deputy while under the influence of LSA, LSD and "Morning Glory Seeds."

According to the Cook County sheriff's office, Spencer Fredrickson of Northfield, Minn., was attending a Rainbow Gathering on Sunday in the Superior National Forest off Trout Lake Road.

At one point during the gathering, Fredrickson grabbed a 40-year-old woman by the throat and "attempted to strangle her as well as attempting to pull her jaw apart by force" after the woman refused his unwanted advances and tried to calm him down.

The woman was able to scream for help and a group of people tried to pull him off her, noting that Fredrickson was exhibiting "super human strength."

According to the sheriff's office, Fredrickson "bit off part of a finger of a person named 'Satellite'" during the struggle.

The group was able to restrain Fredrickson with duct tape until authorities arrived.

When a sheriff's deputy arrived, Fredrickson assaulted the deputy as he tried to prevent Fredrickson from cutting off his own circulation.

Both assault victims were treated and later released from the hospital.