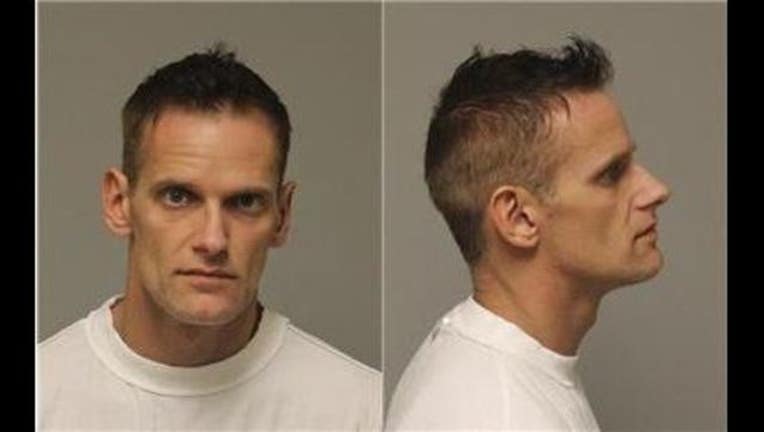 (KMSP) - A 36-year-old man has been charged after leading police on two separate chases Monday through Forest Lake, Minnesota.

Jesse Lee Satter, a known fugitive, was charged with fleeing a peace officer in a motor vehicle, criminal vehicular operation and theft of a motor vehicle.

Around 3:30 a.m., an officer with the Wyoming police stopped a car for driving without headlights and recognized the passenger as a known fugitive.

When they tried to take him into custody, he resisted and pushed the driver out of the car. He then rammed two squad cars and struck two officers with the car as he fled. The officers suffered minor injuries.

Satter led police into Forest Lake where he crashed at the roundabout on Highway 61 and Broadway. Satter fled on foot into a nearby residential area, and officers continued to search for him.

Officers received information he was seen entering Walmart around 8:30 a.m., so the store was evacuated and searched. Around 12:45 p.m., an officer saw him getting into another car near Broadway Ave and 7th Street.

According to the release, the car was stopped and "in the process of removing the occupants, the suspect jumped into the driver seat and led police on a second chase."

Satter crashed near the intersection of I-35 and County Road 23 in Anoka County and was taken into custody. He complained that his head and neck were sore and told medics he had used methamphetamine that day.

The other driver told police he was not aware Satter had any outstanding warrants. He said Satter offered him money to hide in his trunk. He did not accept Satter's offer and pulled over, but did not give him permission to take his vehicle.