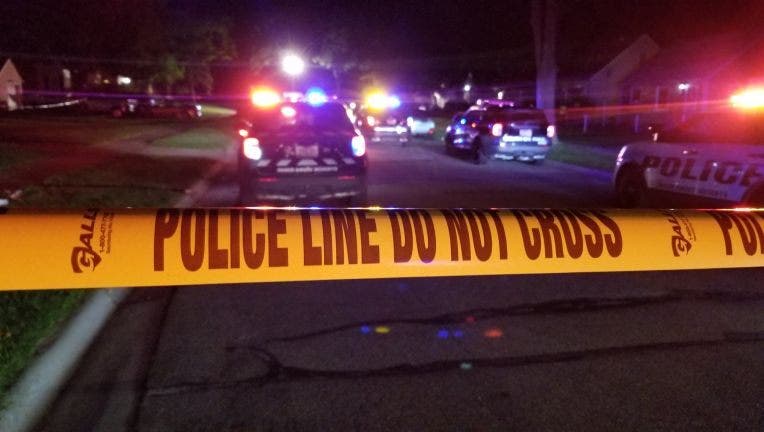 SOUTH ST. PAUL, Minn. (FOX 9) - A 35-year-old Newport man has been charged in connection with a shooting Monday morning that left a 33-year-old dead and another seriously injured.

According to the charges, just before 4 a.m. Saturday, South St. Paul officers responded to a shooting where they found a male victim lying face down on the sidewalk with a gunshot wound to the chest. He was not breathing or responsive. He was declared dead at the hospital. An autopsy revealed he was shot 5 times.

Another male victim was found nearby with gunshot wounds to his abdomen and upper arm. He was able to speak with officers, indicating that his cousin, the other victim, was shot after a heated argument with another man in front of his South St. Paul house.

A witness said she was sitting on the patio with Misters that night when Misters and the shooting victim got into an argument on the phone. A short while later, Misters said he received a threatening text from the eventual victim who was outside the house, according to the witness.

The witness said Misters then went outside. She heard gunshots and saw the wounded victim lying in the street asking for help. Then she looked down the street and saw Misters standing over the other victim shooting him.

Another neighbor who witnessed the shooting gave a description of the culprit that matched Misters. Officers also located a handgun in a storm sewer along the route with a magazine missing after finding multiple matching shell casings at the scene.

The next morning, officers were speaking to staff at a hotel that Misters was known to frequent. During that conversation, Misters walked into the hotel and was placed into custody.

Misters made his first court appearance Wednesday and is due back in court in September.