CHISAGO CITY, Minn. (FOX 9) - Deputies in Chisago County recovered a vehicle that went through the ice in the channel between two lakes earlier this week.

According to the Chisago County Sheriff’s Office, deputies located the partially submerged vehicle in the channel between Little Green Lake and Green Lake. They used a tow truck to pull the vehicle out of the water. 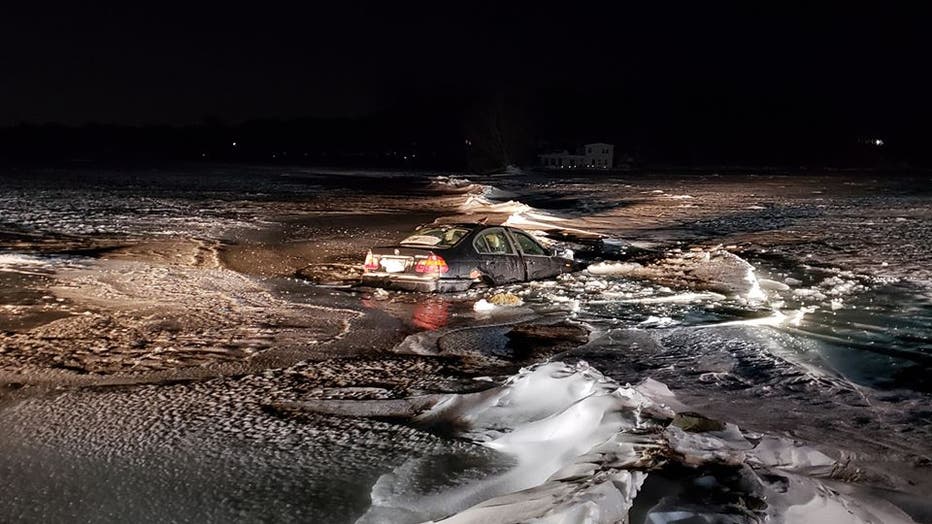 A car went through the ice in the channel between Little Green Lake and Green Lake near Chisago City, Minnesota. (Chisago County Sheriff's Office / FOX 9)

The sheriff’s office is asking people not to drive through channels connecting the lakes in the area, because the ice there is often thin.

DNR also advises drivers to check the ice every 150 feet. The Chisago County Sheriff’s Office said a fisherman on scene drilled some holes and found 18 or more inches of ice less than 50 feet away from where the car went through the ice.