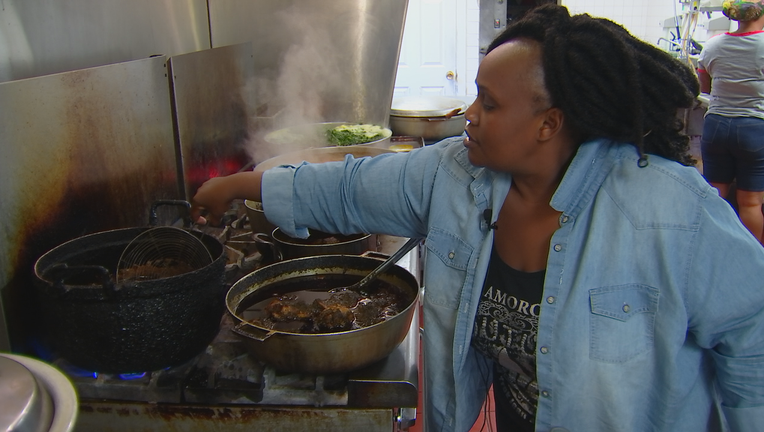 BROOKLYN PARK, Minn. (FOX 9) - This week, Brooklyn Park is showcasing its more than 100 restaurants in the city's first-ever restaurant week.

As the Twin Cities grow into an up-and-coming foodie haven, the northern suburb is stepping up to the plate to highlight its diverse menu of restaurants.

Brooklyn Park showcased its unique flavors this week in its inaugural Restaurant Week.

At Milah's Royal Bistro, everyone gets the royal treatment. For owner Milah Kai, cooking specialties from her native Liberia is labor of love, and the secret ingredient in all her African soul food dishes is heart.

“It’s me putting my love into it. I think it’s my whole soul I'm giving out to somebody; when I'm preparing, I'm preparing with love," she said.

Kai's Bistro is one of five local establishments featured in restaurant week. City officials say the goal is to highlight the more than 100 restaurants that call Brooklyn Park home, many of which are mom and pop operations that don't have a budget for marketing.

"If you asked anybody outside the metro what they know about Brooklyn Park, I don't think they'd say, ‘they have 100 restaurants,’ so now they know, and we hope they come here and experience that," said Camille Hepola with the City of Brooklyn Park.

City officials say 20 percent of residents were born in a foreign country, and more than 50 percent are people of color. The community's diversity is reflected in the many ethnic restaurants that help bring a different flavor to the Twin Cities dining scene.

Kai said restaurant week has already brought some new customers into her bistro, and she's confident once they get a taste of her soul food, they'll be hungry for more.

"It’s me wanting to have food and having it served. You eat here knowing it’s safe, especially in your stomach…put something in there someone gives you with love. That is good," Kai said.

If all goes well, Brooklyn Park said it could hold another restaurant week that is bigger and better next year.