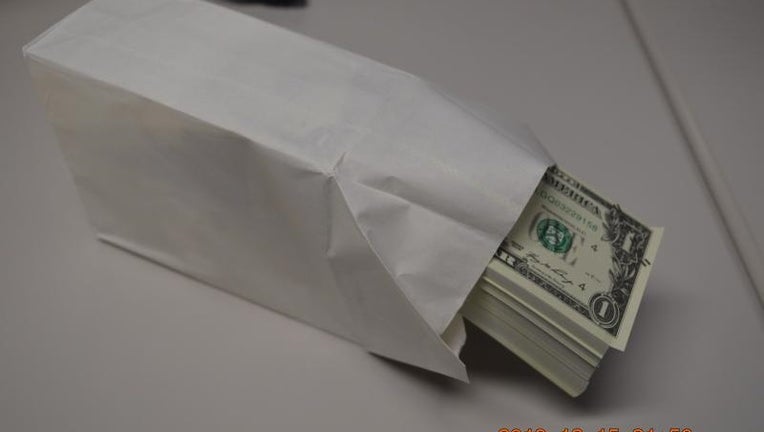 This wad of $1 bills found in the cartons is fake, border agents say. (U.S. Customs and Border Protection / Supplied)

According to U.S. Customs and Border Protection, the bills were found during a check of a commercial rail shipment originally coming from China stopped at the border in December.

During the search, officials say agents discovered 45 cartons that contained what they believed were fake bills in the form of $1 bills. An investigation by the Secret Service determined the bills were indeed fake.

The counterfeit money has since been turned over to the Secret Service.