A timelapse of the snow accumulation in St. Paul, Minnesota during Wednesday's blizzard. Video courtesy of Fred Veinfurt.

(FOX 9) - Wednesday’s blizzard brought up to 9 inches of snow in some parts of Minnesota and wind gusts of up to 68 miles per hour.

Blizzard conditions on Highway 10 in Waconia

The real concern during the storm was the strong winds, which, combined with the falling snow, created blizzard conditions on roads across the state. 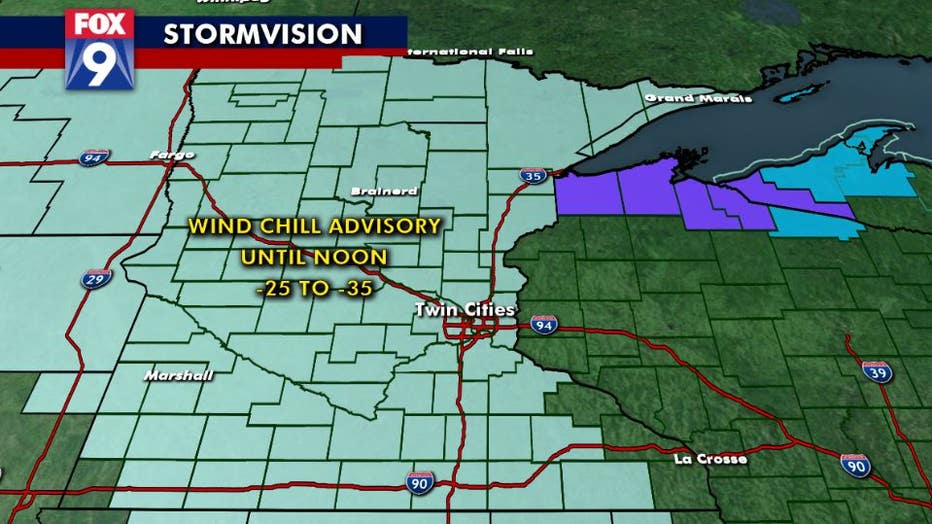 A Wind Chill Advisory is in effect for most of Minnesota Thursday. (FOX 9 / FOX 9)

The strong winds continued to whip through Minnesota Thursday morning, prompting the National Weather Service to issue a Wind Chill Advisory for most of the state through noon. Wind chills are expected to be around -25 to -35 degrees. 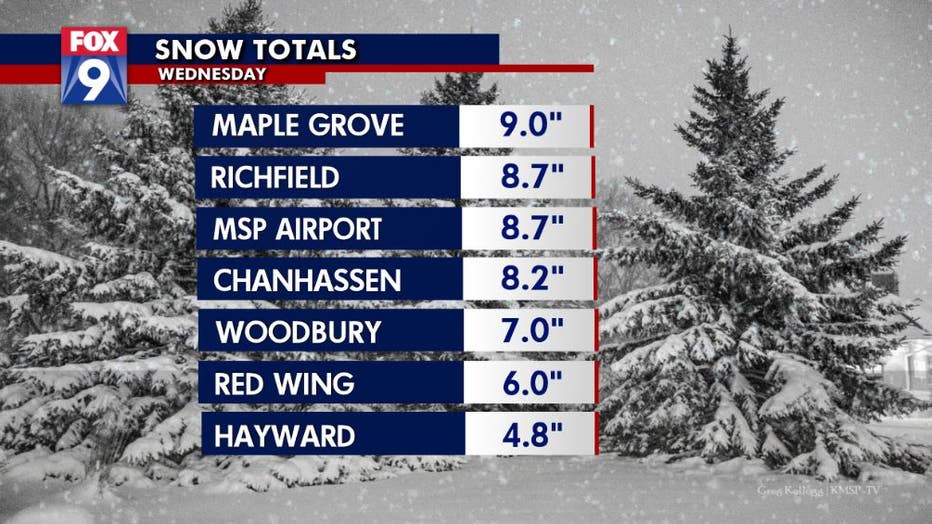 Snow totals across Minnesota from the Dec. 23 blizzard. (FOX 9) 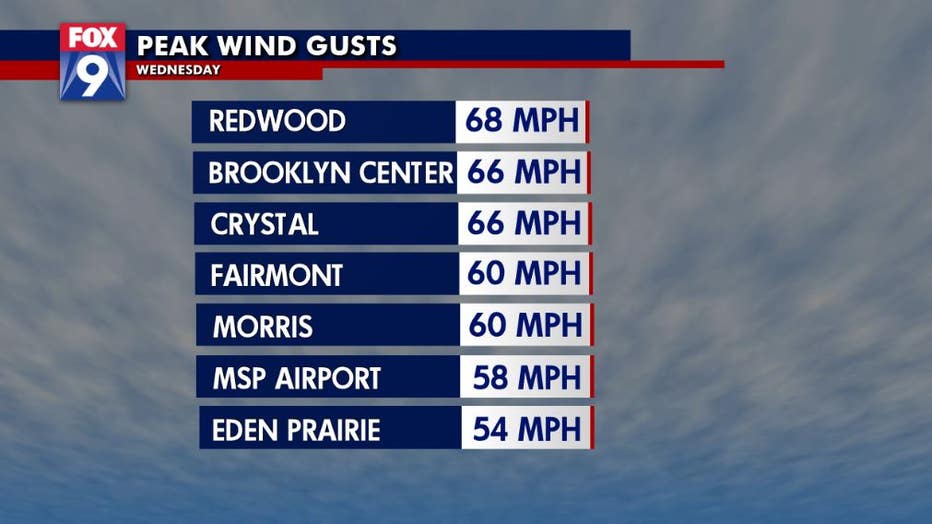