U.S. Bank Stadium revealed the artists for the "major" concert at a news conference on Friday, Jan. 6. Stevie Nicks and Billy Joel will play together at the Minneapolis stadium on Nov. 10.

MINNEAPOLIS (FOX 9) - Billy Joel and Stevie Nicks will perform together in Minnesota for the first time this fall. 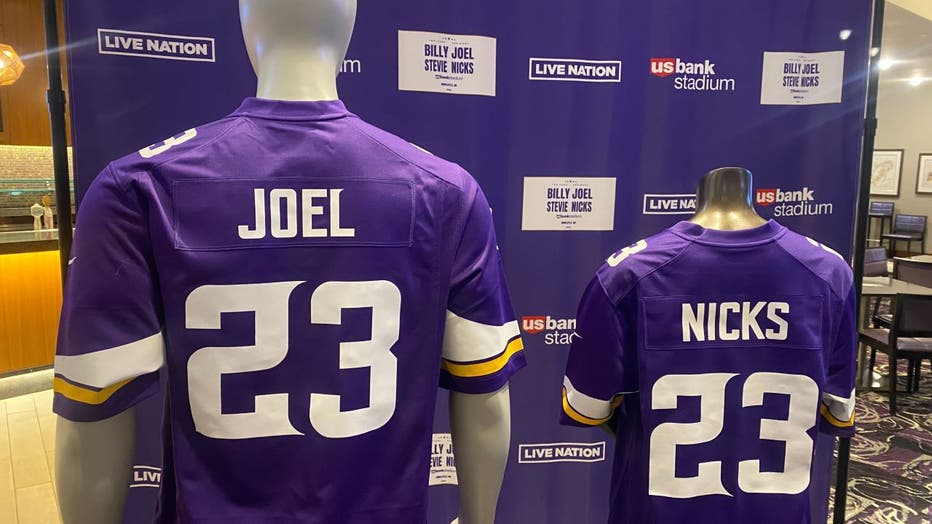 They're scheduled to perform at U.S. Bank Stadium in Minneapolis on Nov. 10. This marks the first time the two musical icons have teamed up to perform on the same stage in Minnesota. The Minneapolis show is part of a tour that includes a few stops at other football stadiums in the United States.

"It's going to be an unforgettable night in Minneapolis," Live Nation's Minneapolis concerts president Josh Lacey said. He was joined by Minnesota Viking hall-of-famer John Randle and the Vikings cheerleaders at a press conference Friday to announce the "artists for one of the year's biggest concerts" of the year.

This is the second major concert announcement for the U.S. Bank Stadium in the past few months. The other was Taylor Swift.