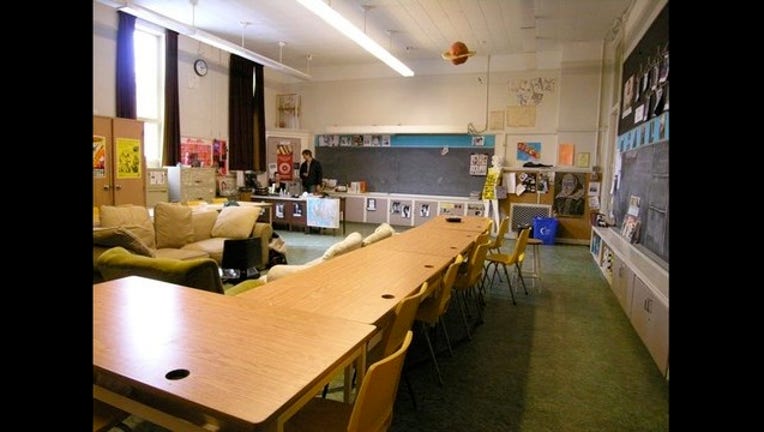 "Frankly, nobody, both reformers and union, really wants to see this get decided by a judge because we don't control the outcome," Petersen says. "He or she could rule in any number of ways and it may not be the best policy."

Petersen says he's spoken with members of the teachers union who may not support Bonoff's bill, "but also recognize that this issue has been out there for a long time and there probably is a need to do something."

However, a statement from Education Minnesota makes clear the teachers union's leadership isn't on board with tenure reform at this time.

"Constantly improving the quality of teaching in Minnesota is a goal Education Minnesota shares with many lawmakers and parents, but this relentless focus on layoffs won't help any teacher get better," Education Minnesota President Denise Specht says. "If the Legislature really wants to improve teaching quality, it should fully fund the 2011 Teacher Development and Evaluation law and permit districts to use their local plans. Those plans took months to negotiate and are only a few months old, but it appears some lawmakers already want to scrap them so they can impose new mandates to rank and lay off teachers."

"With so many serious issues facing our schools, it's disappointing that some lawmakers want to spend their time micromanaging personnel policies in Minnesota schools," Specht continues. "Current law permits school boards and teachers unions to negotiate any system of layoffs they want, including using the results of the new, locally negotiated evaluation plans. It's unclear to me what problem these lawmakers are trying to fix, but I worry their solution will be a waste of time and taxpayer money."

Petersen takes issue with media reports that frame tenure reform as "the end of teacher tenure."

"It isn't getting rid of teacher tenure, doesn't mean we're getting rid of the steps and lanes compensation structure," he says. "'Modification' is the more appropriate way to describe what's happening."

Petersen points out that if Bonhoff's bill were to become law, seniority would still be used as a tiebreaker of sorts when districts are forced to choose between two teachers, though in other cases teacher evaluations would be the main factor in layoff decisions.

For her part, Bonoff told the Star Tribune she believes that "in every profession merit ought to be what gets someone hired, promoted or kept."

"I believe especially in a profession where our teachers play such an important role in shaping the lives of our young people that we want to make sure the very best teachers are in every classroom," she added.

Petersen cautions that tenure reform "isn't a silver bullet and it's not going to fix the world... but it's one thing we can do that has a lot of support both with school administrators and the public."

"Frankly, I think a lot of the activists and supporters from the community -- particularly inner city communities -- aren't any closer in terms of where they want to be with student outcomes," Petersen adds. "There's a lot of crossover with social justice advocates, even with Black Lives Matter and other social movements that have been taking place. I think there's a strong feeling that on a number of levels, in a number of public policy arenas, that the community is not being served well, and this is a reform they've supported for a long time.

Gov. Dayton, for his part, says he's "open" to Bonoff's bill, but Petersen has his doubts.

"Gov. Dayton will have to think of another reason why he can't support it, and I'm certainly he will," Petersen says, though he adds he's heartened to hear that Dayton is on the record saying he's open to legislation like Bonhoff's.