(FOX 9) - Soon after Betty White passed away on Dec. 31 at the age of 99, a campaign in her name took off on social media. And animal rescues and shelters worldwide are grateful and amazed at the power of her legacy.

"We saw an immediate response of people reaching out," Krista Gallagher Colt, the Director of Giving for Animal Humane Society, which has several locations across the Twin Cities told FOX 9. "I had no idea it would turn into such an amazing global response to her death and her love of animals and her commitment to animal welfare."

It’s called the Betty White Challenge. The idea, spread widely across all social media platforms, is to donate at least five dollars to any rescue or shelter on January 17, which would have been White’s 100th birthday. 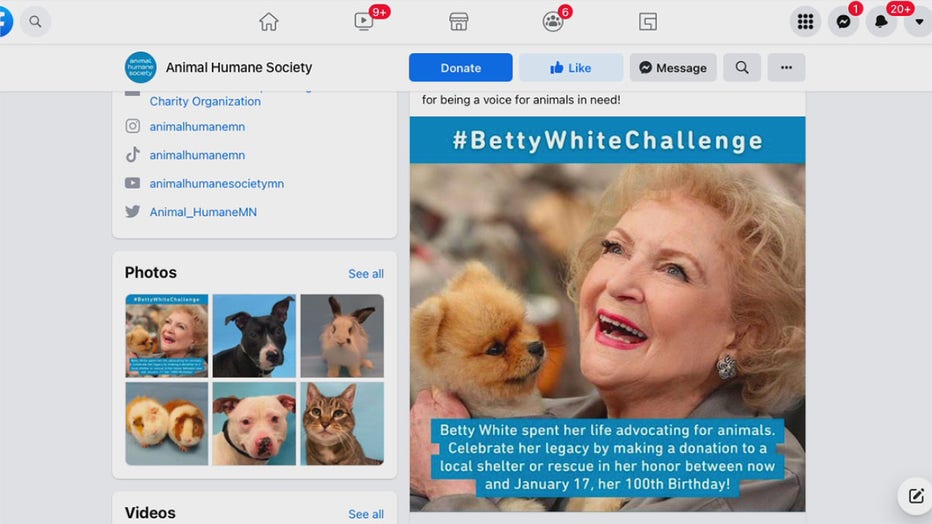 Meant to honor White’s lifelong love of animals and her work and advocacy for their welfare, it's not just for pets, but also pushing for better facilities at zoos.

And what it could mean, come Monday, is potentially priceless for animal welfare groups.

"Betty White was a huge fan of animals and she had several Golden Retrievers, and so it’s a perfect tie-in," said Wendy Knox, a longtime volunteer for Retrieve a Golden of the Midwest, also known as RAGOM.

Much like the Animal Humane Society, small rescues like RAGOM run entirely on donations. And for so many of those small groups, every little bit that comes in means so much.
"There’s so many rescue groups in the Twin Cities and there’s so many small ones and then there’s the Human Society, the bigger leaders which are great, too," Knox said. "But for RAGOM, every donation really helps."

As she spoke, she petted a 12-year-old Golden named Sally Anne, who Knox is fostering in hospice care due to cancer. They refer to Sally Anne as their own Golden Girl. 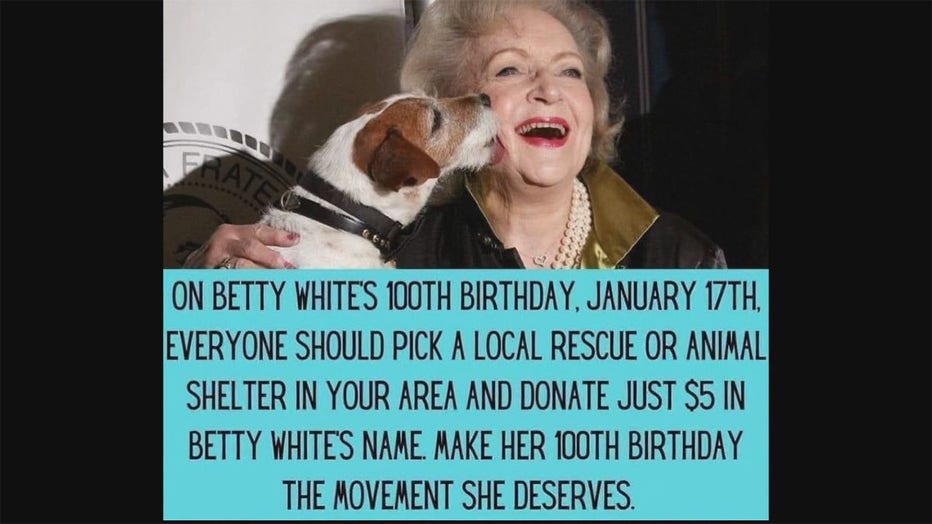 "Five dollar donations add up and you know… If that’s going to get our Golden Girl to live a few months longer, that’s great," Knox said.

"What we really hope, honestly, is this turns into a lifelong relationship with animal welfare," said Gallagher.