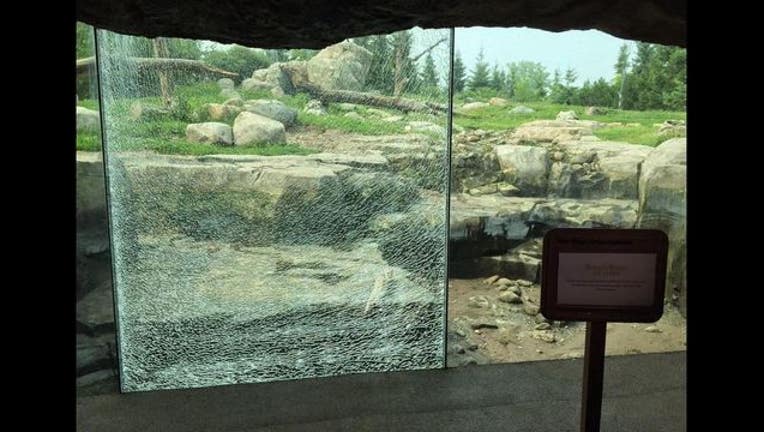 The Minnesota Zoo's grizzly bear exhibit reopened on Saturday after one of its residents grabbed a giant rock with both paws and shattered one layer of a five-layer panel of glass on July 6 while visitors watched from the outside.

A zoo spokesman said the window was temporarily replaced with glass visitors can't see through, with a graphic explaining what happened on July 6. There are still 4 windows to view the bears, but because it's peak season, the zoo wanted to have a temporary pane in place. They hope to replace the temporary one with a completely see-through window this fall.

No one was hurt on either side of the barrier as the bear repeatedly hit the glass with the rock. Zoo animal collections manager Tony Fisher believes it was Kenai, a nearly full-grown male bear, who was "just playing with a rock," but it's still up for debate as to which bear did it.