A man driving home from a heavy metal gig over the weekend in Wisconsin was killed after troopers say a suspect drunk driver, driving the wrong way on I-94, hit his vehicle.

MINNEAPOLIS (FOX 9) - A man driving home from a heavy metal gig over the weekend in Wisconsin was killed after troopers say a suspected drunk driver, driving the wrong way on I-94, hit his vehicle.

"Yeah, I'd like to believe that he absolutely, absolutely killed every song that he was a part of," said Brennon Betz.

Brennon Betz is reeling, hoping he will just wake up from the nightmare of losing a fellow band member over the weekend in an alleged drunk-driving crash. He lost his dear friend Mark Filbrandt who played guitar for the death metal group known as "Gorrified."

"He was always just trying to better himself," said Betz. "There were some of our songs that he couldn't really, you know, play that well. But he taught himself how to play. He learned new techniques just so he could play our songs."

Betz reports the band had just played one of their best shows at a Wisconsin brewery Saturday night. Mark left the venue alone, headed back to the cities when the unthinkable happened along the interstate in the Hudson area. A suspected drunk driver, who investigators say was headed the wrong way on I-94, hit his vehicle. 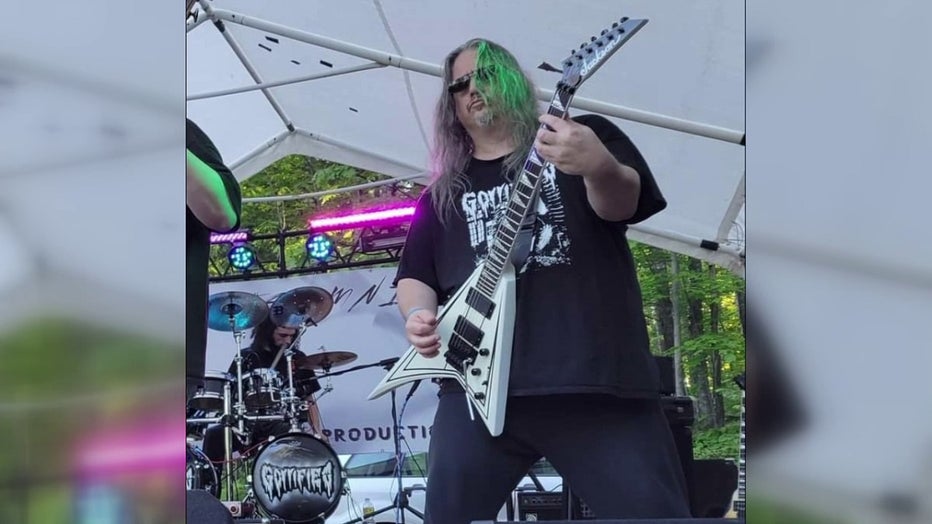 The 54 year old was killed while police identified the driver who hit him as Amber Pospisil.

"This is just a crying shame that somebody --  somebody so pure and good and just has it has to be stolen, you know, just because of someone else's dumb decision," said Betz.

The 31-year-old Pospisil, who wasn’t seriously injured, made her first court appearance Monday on charges of homicide by intoxicated use of a motor vehicle. The arrest was not her first time being charged with a drunk driving offense. She pleaded guilty last year to causing a crash in Minnesota. Her blood alcohol content there was reported at .296 -- more than three times the legal limit to get behind the wheel.

"It just doesn't make sense," said Betz. "And it's going to haunt me for the rest of my life."

A little more about Pospisil, she avoided jail in the last crash, but was required to remain law-abiding and not drink and drive for three years.

Authorities reported she was drinking a bottle of Tito’s vodka in her car on the way back from a wedding and had no memory of getting on the interstate heading the wrong way. Her bail was set at $100,000 cash.