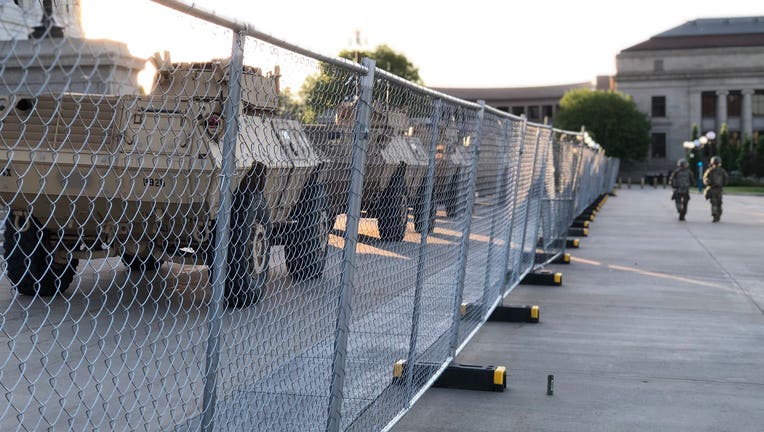 ST. PAUL, Minn. (FOX 9) - In the year of COVID-19 and in the wake of the riots, there was a public plea from a Minnesota National Guard member to cancel upcoming training.

4,000 soldiers from the 34th Red Bull Infantry Division are set to go to California this summer to train. The commander of the division said the stress is understandable, but the training is unavoidable.

In the year of COVID-19 and in the wake of the riots, there was a public plea from a Minnesota National Guard member to cancel upcoming training.

In an open letter from a “concerned leader in the Minnesota Army National Guard,” the unidentified person highlighted the stresses of an extended training mission during COVID-19 with the active duty of the last few weeks, saying soldiers are beaten down.

Some of those who responded to the riot activation two weeks ago were already preparing equipment for the upcoming training in California this July.

After responding to the riots, the crew has to basically start all over again prepping to go out west to a very tough training that is high anxiety to begin within normal times.

The unnamed “concerned leader” says it’s all too much.

“I look out across the formations and see pain and fatigue in the faces of my fellow soldiers. I see fear and stress. I see soldiers completely burned out…I have never seen this complete bone-weary fatigue and anxiety.”

“It is a federal requirement associated with the deployment. And the governor understands that… the adjutant general and the governor are full supportive but at the same time acknowledge the stresses to include COVID,” he said. “Here are extraordinary measures going into this so as early as the next week we’ll check on soldiers on a daily basis. We’ll acknowledge soldiers that have say at risk family members in their domicile. And so they may actually not even go on this training exercise because of that.”