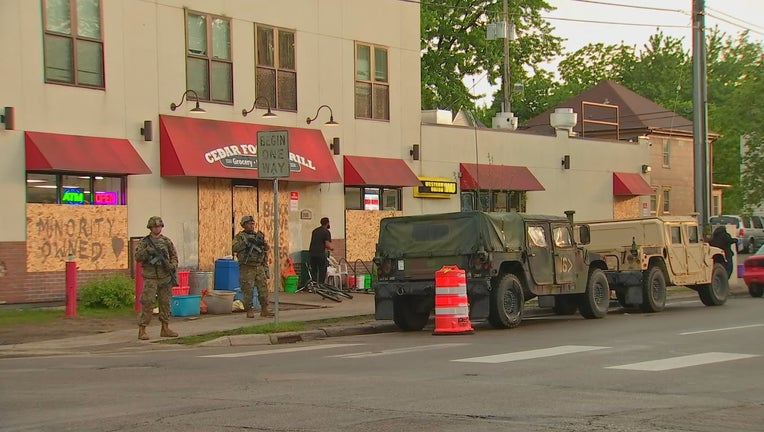 National Guard members protect a store from looters in Minneapolis.

MINNEAPOLIS (FOX 9) - The Minnesota National Guard has been helping out a number of communities impacted by the violent demonstrations last week in Minneapolis.

At 26th and Cedar Avenue in Minneapolis, a group of neighbors were thankful the guard is here. Neighbors said the Guard was protecting not just their local store, but also giving them peace of mind.

The Minnesota National Guard is helping to protect communities from looting after the riots that followed the death of George Floyd.

Cedar Food and Grill is about half a mile south of East Lake Street and about two miles away from where Minneapolis Police arrested George Floyd. Last week, looters broke into the store, breaking windows and doors. At the time, store management said neighbors came to their rescue by chasing off those suspects.

“We gotta protect what ours… it’s messed up, people burning down stuff. This is only store we got,” said resident Cellus Ellis.