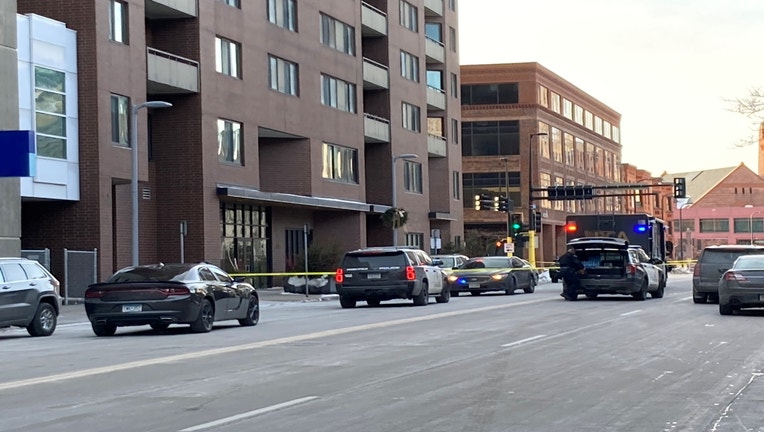 MINNEAPOLIS (FOX 9) - Court records show another man living in the apartment where Amir Locke was shot and killed last week had previously threatened officers during an arrest in 2018.

FOX 9 has confirmed the man who lived at the apartment, where Amir Locke was staying, was a familiar person to police after previous calls to the apartment. The man had been arrested this past November for a domestic violence incident at the same address along Marquette Avenue.

Before that, police had a run-in with him during a traffic stop along Girard Avenue in November of 2018. During that incident, police say the man refused to identify himself to officers after he was pulled over for not wearing a seat belt. Police eventually were able to identify the man and ultimately determined he had a warrant out.

During the arrest, police say the man was confrontational, threatening officers, refusing to obey commands, and trying to headbutt an officer during transport to jail.

Court papers say the man said he would beat up the officer if the officer wasn't carrying a gun and later made offensive comments about an officer's family. Aside from the attempted headbutt, one officer suffered a hand injury trying to bring the man in control during his transport to jail.

Police haven't said exactly why they wanted a no-knock warrant for this February 2 search. The man in question was listed on the search warrant but it's unclear what connection, if any, he had to the case St. Paul police were investigating. FOX 9 could not find any records showing he had been arrested following Wednesday's shooting.

While the man in question had previous run-ins with police, as far as FOX 9 can tell, Amir Locke had a clean criminal record. Locke's family also confirmed this week that Locke had no criminal record and a legal permit to carry a gun.