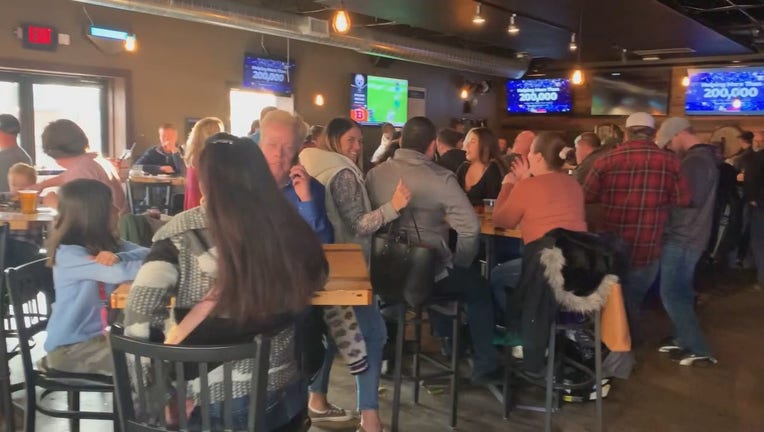 Maskless patrons pack a Lakeville restaurant that reopened in defiance of the Governor's executive order Wednesday.

Ellison is suing Alibi’s Drinkery in Lakeville and Neighbors on the Rum in Princeton, two of 150 establishments that supposedly opened this week in spite of the governor’s current ban on indoor dining, which has now been extended into January.

The Minnesota Attorney General says his office plans to hold accountable restaurants that are serving food and beverages to in-person diners Wednesday.

"I know it’s tough out there for businesses and employees and help is already on the way — but what these establishments are doing is wrong," Ellison said in a statement. "Not just wrong in breaking the law — wrong in exposing their loved ones, their customers, their employees, their communities, and potentially every Minnesotan to COVID-19. People will get sick, and some will die, because they’re breaking the law."

He added that by opening, the establishments are also creating unfair competition for businesses that are complying with the governor’s order.

Ellison office is asking the court to impose civil penalties of up to $25,000 for each violation or threatened violation of the governor’s executive order.

The lawsuits come on top of the state Department of Public Safety announcing it intends to suspend the licenses of both Alibi’s Drinkery and Neighbors on the Rum.