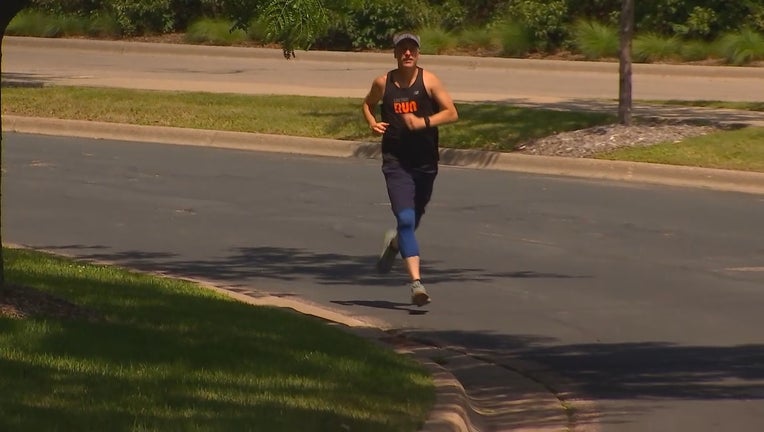 Grant Evavold is one of two runners this summer who have run all of the streets in Savage, Minnesota. (FOX 9)

Grant Evavold, a 12-time marathon runner, ran every street in the entire City of Savage. There are approximately 150 miles of streets in the southwest metro suburb.

A longtime resident of Savage, Minnnesota has completed a unique challenge.

In a 12-week period beginning in June, he ran over 300 miles, starting with some familiar routes then making his way to more parts of the city, even discovering some gravel roads.

“There are a lot of hidden gems in Savage,” Evavold said. “(While) covering all the parts of Savage, you can see the transition that Savage has made from an old farming community into more of suburban community that it is right now.”

He took on the challenge after spending all of winter training for his third Boston Marathon, which was canceled from its April date and changed to a virtual race in September.

“I was working hard for the Boston Marathon,” Evavold said. “I could sit back, complain and whine about that, or I can try to make some good out of it.”

He saw the challenge on the City of Savage’s Facebook page, picked up a map at City Hall and began running. He started from his house most days, so he ran on multiple streets more than once.

He was the second runner to complete the running challenge, following Todd Millenacker who did it last month.

Millenacker and Evavold’s running progress was tracked on a large scale street map hung up at Savage City Hall. The city’s “Let’s Run Savage” effort encourages all residents to get out and explore the city by running, walking or biking.

Evavold said the pandemic and delay of the Boston Marathon gave him an opportunity to focus on other things, such as starting a weekly running club with fellow dads where they talk about the challenges of being a dad and a husband. It has shaped into the H-Team Run Club, a 16-week training program that integrates discussions about the ups and downs of life.

“The biggest thing I’ve learned from this entire experience is that you need to be flexible with life. Don’t get too shook up when things don’t go your way, and do your best to turn it into a positive,” Evavold said.