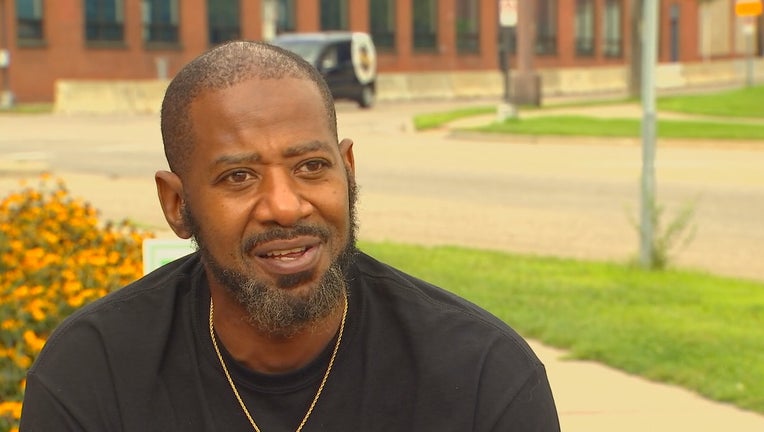 John Thompson, who became an activist following the death of his friend Philando Castile, has won a primary for House District 67A. (FOX 9)

ST. PAUL, Minn. (FOX 9) - A day after clearing his first hurdle to head to the Minnesota State Capitol in November, John Thompson is still savoring his first political victory.

"This is for Philando,” said Thompson. “If it wasn't for Philando being murdered, I'd still be comfortable being a machinist or equipment repair technician. I have a calling over my life and this is it."

A day after clearing his first hurdle to head to the Minnesota State Capitol in November, John Thompson is still savoring his first political victory.

Thompson became a fixture at protests, marches and meetings after his friend of 11 years, Philando Castile was shot and killed by a police officer during a traffic stop four years ago in Falcon Heights. He says instead of asking state lawmakers for legislation to end police brutality and racial disparities in Minnesota, he decided to become one instead.

After getting the DFL endorsement for House District 67A, which includes St. Paul's east side, Thompson beat Huong Murphy in Tuesday night's primary to potentially fill the seat left by retiring 11-term DFL Representative Tim Mahoney.

"Honestly I feel like it’s time for a shift,” said Thompson. “A paradigm shift. We have to shake the concrete over at the Capitol, so I'm excited."

Thompson says he promised Castile and his own mother, who he lost a few days after Castile was killed, to make conditions better in their community. He believes making laws will help him follow through.

"I do know my friend is proud of me and the work I'm doing and I'm going to continue to make him proud," said Thompson.