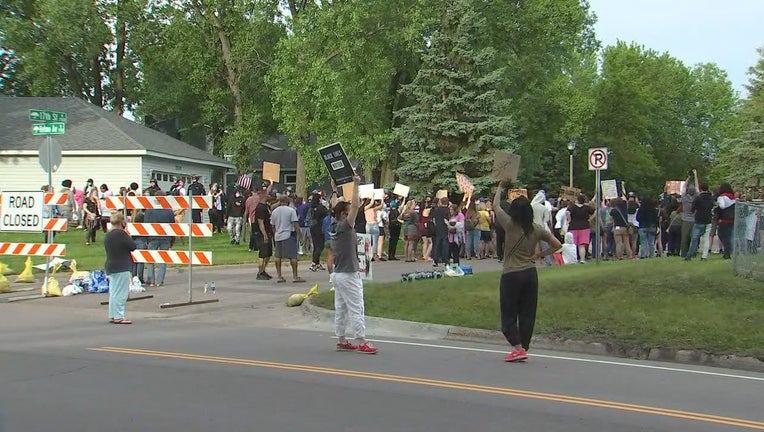 Protesters gathered in the neighborhood of an officer believed to be involved in the George Floyd death. (FOX 9)

Police arrested six people as they worked to break up a protest on Wednesday outside an Oakdale, Minnesota home believed to belong to the officer involved in George Floyd's death.

Officers say they responded around 3:30 p.m. for the protest on 17th Street North.

Protesters gathered outside the home of a believed Minneapolis police officer who is believed to be involved in the killing of George Floyd. Video Courtesy: Jackie Baxter

Police say they issued a Code Red alert and blocked traffic in the area to protect officers and protesters.

Protesters stay on site until 11:10 p.m. when officers told the crowd to disperse.

Oakdale police say while many left the area, some remained. Officers say they used tear gas and other methods to remove the remaining.

In the process, officers arrested six people for unlawful assembly. Five were released on citations while one was transported to Washington County Jail. That man is also charged with obstruction of legal process.

No injuries were reported during the protests, police say. Traffic is still being restricted in the area.