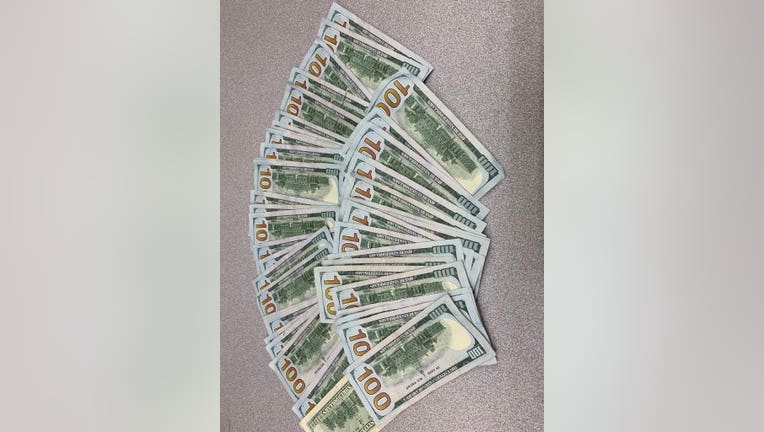 WYOMING, Minn. (FOX 9) - The phrase "blowing your money away" never rang more true for a lost and found report in Wyoming, Minnesota.

According to Wyoming Police Chief Paul Hoppe, around 5 p.m. Friday night, a man was driving down the highway when he noticed what appeared to be money on the side of the road. He pulled over and found cash scattered along the roadside ditch. The bystander was able to flag down a Wyoming police officer, who helped him recover the rest of the cash.

At the same time they were collecting the cash, a motorcycle rider called police to report his lost money. It turned out he had just stopped at the bank to pick up more cash before a trip. While on his ride on a highway, the money envelope got caught by a gust of wind and it fluttered out along the road.

In order to reclaim his money, he had to produce a bank receipt. Luckily, it appears he got most, if not all of his money back.

"It's good to see," said Chief Hoppe. "It shows there are good people out there who are willing to do the right thing."

The unusual situation prompted the police department to put out a poll, asking people if they were in the same situation what they would do - keep the cash or turn it in? So far, it seems people believe they could beat the temptation to keep it all and would bring it in to authorities.

If anything, there's one lesson to be learned: always keep the receipt.