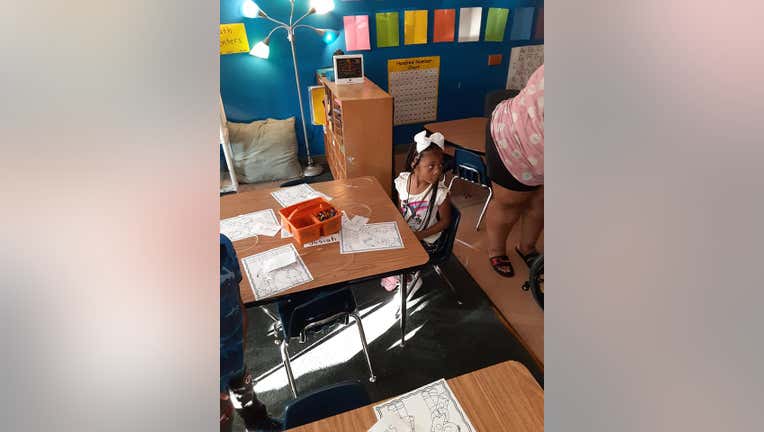 She was shot in the foot in her bed while she slept a few weeks ago, but Jayda returned to school Thursday morning. (Kay G Wilson)

MINNEAPOLIS (FOX 9) - Jayda Holmes, a 5-year-old Minneapolis girl who was shot in the foot while she slept in August, returned to school in a wheelchair Thursday.

The girl arrived at Lucy Laney Thursday morning just weeks after the incident that left her foot severely wounded.

Jayda Holmes returns to school after being shot in the foot

Jayda Holmes had an unusual end to her summer, having been shot in the foot. Now, the 5-year-old is back at school. (Video: Kay G Wilson)

Minneapolis Police investigated the incident, saying a shooter unloaded seven shots into the back of Holmes’ family’s duplex in the 2100 block of 4th Street North in Minneapolis. The spent casings were found by a clump of trees in the backyard; the bullet holes spanned both the first and second floors.

The suspect was gone by the time police arrived and it's unknown who or what was the target. 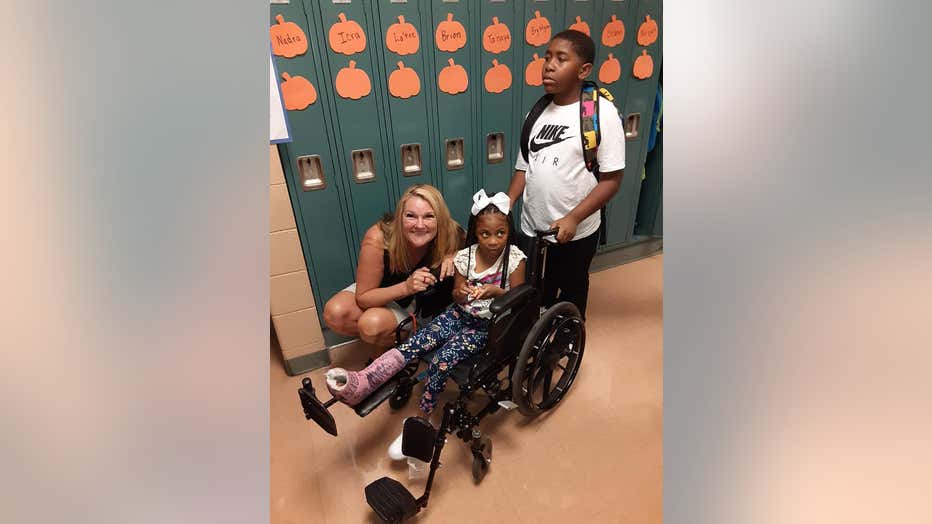 Holmes was hit by one of the bullets as it came through her home’s back wall.